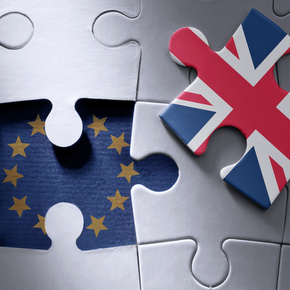 GUEST BLOG   Chris Davidson, Managing Director of Discover & Invest Ltd, looks at Brexit from the view of lenders, whether the development finance marketplace has been impacted, and what that means directly or indirectly for the construction industry.

Brexit was 4 months ago and now is a useful time to take stock. The big question for developers and builders looking for new projects is has the Property Development Finance Marketplace been affected by Brexit, resulting in less lending, reduced project deliverability, and therefore availability?

The good news is by and large no it hasn’t. The major worry for a few weeks had been the survey sector, not the lending sector, and what that could mean for lending.

Memos were being issued to major valuers insisting on 20% devaluations, or the inserting of “uncertain future markets” clauses. Those clauses would then leave lenders in the unenviable position of not knowing what the value of the security truly was, and potentially reducing the number of loan approvals. So far, from speaking to lenders and valuers, a slight downgrading does happen from time to time, but again the valuation of security, certainly in the residential sector, has remained robust.

So as a result of strong valuations and continued liquidity in the marketplace, post Brexit lending has remained strong. Certainly none of the major lenders have pulled out, and many have kept the same terms and products available as they were before Brexit. The odd smaller bridging lender has left the market but nothing substantial to worry most borrowers.

Ironically it wasn’t Brexit but other factors that made lenders restrict a little, and that was earlier towards the end of 2015. Worries over London luxury new build oversupply, and a substantial and evidenced drop in price per square foot in Prime Central London induced nervousness.

There was a slight restriction in lending in certain quarters, but the main consequence has only been a requirement for 5% more cash in, or a 5% lower Loan to GDV allowance. Certain types of property however, such as high-end single unit developments, or Prime London residential sites, will remain hard to lend against whilst demand for upmarket properties remains subdued. Brexit, from a purely lending point of view however, has so far had little impact, and it is business as usual.

But how can we evidence this? Many developers and builders will be aware that there is no such publicly produced comparison data for property development finance. We are able to evidence this through regular discussions with credit teams at over 40 mainly non-bank, development finance specific lenders, mezzanine providers and equity investors, and as a result now provide more comprehensive quarterly comparison data for developers wishing to understand the marketplace in more detail.

So finally what does this mean for the construction industry? As a result of continued liquidity, robust valuations, and good appetite to lend, there is no reason, from a finance point of view, why project demand & availablity should not remain stable, and demand for various products and services continue as well.

So in summary so far so good post Brexit, but this perspective does come with a caveat. The UK, and the lending marketplace, is in a holding pattern until we all know what Brexit truly means.

From a purely economic standpoint, as well as having discussed at length with various financiers, it is difficult to see how Britain will be impacted negatively, when the country imports more than it exports, and EU firms are in need of paying.

Also many European Real Estate firms, and global firms for that matter, own so much UK real estate, that to cut off the UK financially and reduce the value of their own assets would be to cut off their nose to spite their face.

It is also noticeable that there are new overseas entrants to the UK who are preparing development finance products, to come to market as early as Q1 2017.   Clearly global players see not only a potential gap in the marketplace to exploit, but a cheaper Pound that will give them up to a 20% uplift on their investment return.

We will know more in the next 12 to 24 months, but for now, bar the sectors where problems lay as early as Q3 2015, development finance lending is still strong and robust.

Links to connect with Chris Davidson via Facebook, LinkedIn and Twitter to keep abreast of the latest market offerings.