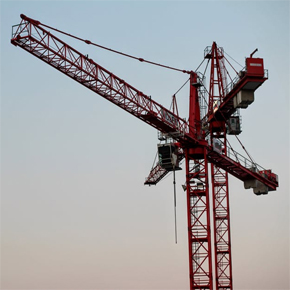 This article from RW Invest looks at how the North West of England is currently undergoing a sizeable construction boom and the reasons behind this.

The North West has been leading the way in several areas, from regeneration, to football results, to construction levels. This thriving region was once left behind and neglected compared to its southern counterparts, but a rapid process of regeneration and investment are propelling them into the future.

Construction levels in the North West are ten times higher than the national average and a booming property market is great news for the Northern Powerhouse strategy.

Recent figures from the Office of National Statistics have confirmed the North West’s staggering construction boom. Overall construction output in the region was up 15% – this is 10 times the national average. Output has remained a challenge in the UK, with levels lacking in previous years.

The recession hit the UK hard, and the construction industry has taken a long time to recover. Output was one of the most affected factors and measures like apprenticeships and incentives have been implemented to tackle this.

This new information shows that the North West is addressing this issue head on and setting new levels for the rest of the country to aim towards.

As well as this, the total value of construction over the last three months was over £4.6 billion, which was up by more than £600 million from the same months last year.

Ambitious regeneration projects have been central to the success of the North West’s construction industry, and projects like Wirral Waters, MediaCityUK and Liverpool One have been major catalysts.

Increased investment and construction has attracted big businesses to the region, providing more jobs and more people moving to the North West.

Residential property also experienced a drastic rise in construction levels. Compared to the same quarter in 2017, the value of new housing construction in the North West has risen by £386 million.

The UK has been suffering from a historic lack of housing, with an increasing population, more people living alone and a sluggish construction industry.

The market has continually struggled with a lack of supply and an incredibly high demand. Property investment companies like RW Invest have been leading the way with dedicated efforts to provide high quality housing across the North West.

New developments in areas that are benefitting from regeneration like Salford, The Baltic Triangle and the Wirral are providing unique opportunities to invest in these thriving cities.

“Anyone visiting the North West can see the huge number of construction projects underway and these figures show just how valuable they are. This construction boom is helping build new homes, new infrastructure and a stronger economy in the region.”

The Northern Powerhouse has continued to grow, build and change, with increased levels of investment boosting the region’s economy.

Construction projects are at an incredible high and increased output, investment and dedicated efforts to address the issues of the past have proven the regions potential.

The latest figures from the Office of National Statistics show that if other regions wish to replicate the success of the Northern Powerhouse, they will need to increase their construction output tenfold.