Blogs » Reinventing the city of the future

Reinventing the city of the future

Howard Chapman, Buildingtalk Editor, reports from Batimat in Paris on a keynote speech given by Carlos Moreno at an event sponsored by Wicona.

Most of humankind wants to live in cities – huddled together in masses, sharing resources, drawing inspiration from one another – and cities are the most sustainable way for our planet to support its people. 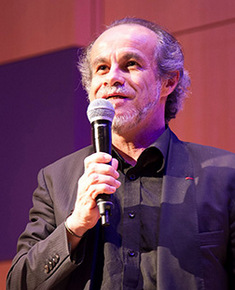 Professor Carlos Moreno, is a scientific advisor to COFELY INEO, and is a champion of the Smart City

The city of the future is destined to be a complex system, composed of ever more complex objects to construct.

The human element is at the centre of the city but architecture is the key to re-inventing the city of the future, creating a balance between engineering, science and ingenuity.

Building Information Modelling (BIM) has already helped to begin to revolutionise the way construction is planned, designed, built and managed.

This is part of a paradigm shift to where the city of the future will no longer be just spaces controlled by connected technology, but where its citizens control their environment to meet their essential needs and well being.

Digital solutions will help create the Smart City of the future. People in cities of the 21st century will share more including work spaces and community facilities.

The power of mega-cities mayors

With the growth of mega-cities, Mayors will have an increasing influence politically and more power. Cities are vibrant and have strong identities. People are going to identify with cities perhaps more than they do with their nation. There will need to be a much more intelligent approach to change in cities. The emotional response will be sharper and needs to be respected. 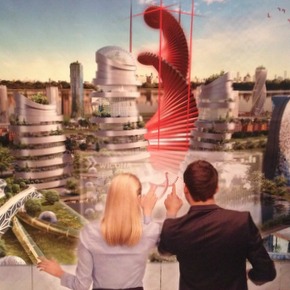 At a time when our world is changing deeply under the influence of major technological changes, economic, societal, environmental and political , urban areas crystallize all the issues of our future development.

And yet – the city of tomorrow, like yesterday, must be a place for meetings, exchanges of life, a city for men and women who live and make a living”.

The urban phenomenon has greatly transformed the relationships between humans, their housing and nature. The emergence of large cities, increasing development of megacities and the attraction of moving towards medium-sized towns and small villages up to hundreds of kilometres away have upset the relationships between our lives, rural and urban areas and biodiversity as a whole.

The City is a place of inspiration

My belief is that the intelligent city of tomorrow will be built around humans, citizens and their quality of life as the major objective in the convergence of the three main levers which are social inclusion, reinventing infrastructure and the strength of contributions made by technological revolutions.

I think it is essential to move away from sectoral, partial, construction-focused, technological and environmental logic in favour of a different logic which is completely eco-systemic.

This is the logic of the Human Smart City with Housing of High Societal Quality which is supported by a truly strategic, innovative vision to commit every stakeholder to reflect on, construct and develop housing which is urban, biologically diversified, frugal, ecological, clever, ubiquitous and orientated towards social ties and life in the city.

Therefore, it is about imagining a convergence of buildings, their surroundings, interior, exterior, green spaces, living areas and social ties within this housing and the city. This is supported by the power of technology and paves the way for shared cities. This means shared services, social awareness and awareness of otherness for everyone.

Link to more from Carlos Moreno