Blogs » Rethinking UK flood defences and the ways we build 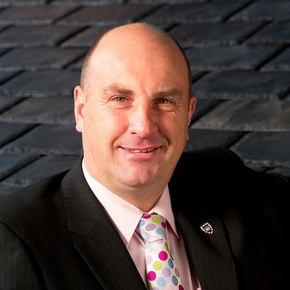 Rethinking UK flood defences and the ways we build

Guest Blog: Andy Williamson, Group MD, IKO plc., opens a discussion about UK flood defences. Do we need to change our priorities, or the way we behave and build?

December’s floods caused widespread disruption and misery, and our hearts go out to all those who were, and still are affected.

But it’s happening much more frequently and on a larger scale than we anticipated, and clearly Britain is poorly prepared to defend against or deal with it. It also appears to be on a rising curve, as you’d expect if it’s associated with climate change. So we clearly need to do something about it. 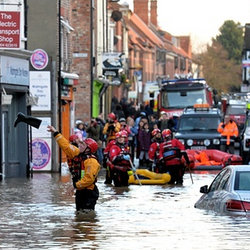 David Rooke, a flooding expert and deputy chief executive of the UK Environment Agency urges a ‘complete rethink’ of UK flood defences as a result of climate change. “We are in a period of known extremes and moving into a period of unknown extremes,” he said. We’d have to look at flood defences and flood-proofing homes and increasing their resilience, he added.

The World Meteorological Organisation expects global average temperature to hit a record high in 2015. The UK Met Office says the world is likely to be even warmer this year and “by the end of 2016, we will have seen three record or near-record years in a row for global temperatures”. A warmer atmosphere contains more moisture and energy, so climate change means more violent storms and extreme rainfall.

In England, December’s mean temperature of 9.50C was well above average and 20C above 1934, the previous record. It was so warm, daffodils were photographed in bloom. It was so moist, Storm Desmond dropped 34cm of rain on Honister Pass in Cumbria in a 24 hour period in December, another UK record.

The problem is, we’ve watched and talked about these changes but acted as if nothing has changed. We haven’t changed our priorities, or the way we behave and build.

The Government has allocated a £2.3bn flood defence budget for this five year parliament. It says that’s an increase on the previous five years. Yet accountants KPMG estimates the full cost of December’s floods to be over £5bn, including £2bn for repairing flood defences.

So, the cost of repairing December’s flooding in the North of England will use up nearly 90% of the UK’s five year flood defence budget!

Despite repeated policy statements and insurance companies withdrawing support, one new home in every 14 in 2013-14, the most recent period for which data is available, was built on land with a significant chance of flooding.

One good thing that has come out of December’s damage and distress is that the way we design and build our homes and properties is now on the agenda. Let’s hope Government asks people in the industry, who have some of the answers, how it should change.