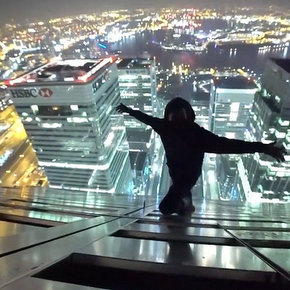 Watch the video of a major security breach at Canary Wharf as two young YouTubers scale the building to film from the top of the pyramid. Watch the video!

Security at Canary Wharf is under scrutiny after two young YouTubers climbed the building to film from the top of the pyramid 770ft above London. 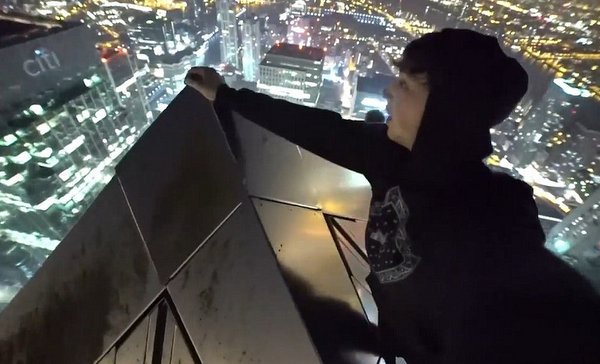 One of the young men, Harry Gallagher from NightScape London touched the top of the pyramid.

He said “We have literally managed to get to the roof of the pyramid on top of the second tallest building in London. I can’t believe we are actually on here it is crazy”.

They had set off to scale the building “on a bit of a whim” thinking that it was along shot because of the reported tight security at the building. The full video shows just how easy it was to access the roof. There is an inquiry underway to prevent a repeat of the stunt or address concerns about the dangers from any terrorist incident.

The same group had previously scaled West Ham United Stadium in the Olympic park at Stratford.

Watch the video of the Canary Wharf climb.