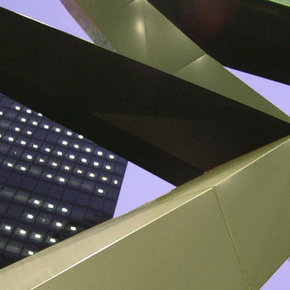 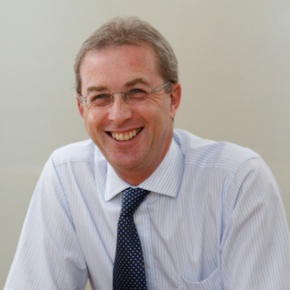 Chris Broadbent, Eur Ing BSc CEng MICE FFB, BRE Group Director for Infrastructure, looks at how new standards are being driven by the infrastructure sector’s determination to measure its projects against the broadest and most rigorously assessed sustainability criteria.

Providing a framework for assessing sustainability using best practice assessment methods is a proven way to achieving the environmental, social and economic goals set for projects across the industry. This is increasingly being applied in major infrastructure projects which have a wide range of impacts on their surroundings as well as carbon reduction and other sustainability goals.

CEEQUAL and BREEAM are established methods for providing that framework and are driving better outcomes in their respective worlds of infrastructure and buildings. As I revealed recently at Ecobuild, they are coming together to offer a world-class standard for the infrastructure projects of the future.

CEEQUAL has been used to drive quality and standards on major national schemes including the Olympic Park and Crossrail which were also using BREEAM as the standard for the sustainability of buildings. As a result several organisations responsible for infrastructure became aware of BREEAM’s abilities to produce better outcomes as a result of its science base and metrics-driven approach, and approached BRE in 2013 to see if we could extend BREEAM to civil engineering projects. This was also driven by two key reports in 2013, namely Construction 2025 and the Infrastructure Carbon Review from Treasury which explained the direct link between saving carbon and saving money on projects.

I was appointed to lead the BREEAM infrastructure initiative and following a lot of industry consultation we produced a pilot scheme. This global standard it has been created to provide credible third party sustainability evaluation of projects and is currently being piloted on several schemes including HS2 and Thames Tideway Tunnel. However during its development, the industry was feeding back to us that while they liked the robust approach of BREEAM, they didn’t want to have to choose between two separate standards, namely BREEAM and CEEQUAL. They wanted a single standard which everyone could aspire to and benchmark performance against.

So after many conversations between ourselves and CEEQUAL to establish what a new standard could look like both parties realised that bringing together the best parts of both of the standards could deliver something quite special. The next question was how to do it commercially, and many of the ideas put forward looked to be impractical when analysed fully. In the end the best solution to deliver the step change in investment needed to drive a new combined standard for the current market was for the BRE to purchase CEEQUAL, which we did at the end of November.

CEEQUAL has been running for 12 years and has a strong following in the industry, which will be nurtured as it continues to operate in a new era under the BRE mantle. As part of BRE respecting its technical input and legacy going forward, BRE will bring CEEQUAL’s technical advisory group to become part of the group developing the new standard. As with BREEAM, CEEQUAL will be offered on a global basis.

CEEQUAL continues to run as business as usual, alongside the pilot version of BREEAM Infrastructure, while the new combined standard is being formulated. It is at the start of its programmed two-year development phase, with the working group having had its first meeting in February. Learning will be fed in from BREEAM Infrastructure pilot schemes on what works and what doesn’t, plus technical input from CEEQUAL and industry consultation.

We have to establish whether the standard will look like BREEAM but either way it needs to be able to integrate with existing BREEAM schemes. As major civil engineering projects often contain buildings we want to be able to combine a building rating with a rating for the infrastructure itself to provide an overall rating for the project. BREEAM is already being used on many infrastructure buildings such as Crossrail stations, Terminal 2 at Heathrow, Birmingham new Street station and the stations for HS2 for example.

This new standard being driven by the industry is a demonstration of the infrastructure sector’s aspirations to stand up and be counted against the best of the construction industry globally, by measuring its projects against the broadest and most rigorously assessed sustainability criteria. These often mammoth projects are not necessarily as complicated as buildings in terms of delivering carbon efficiencies, but they have the potential to deliver wider economic and environmental benefits to industry and society which will be demonstrated by the new standard.