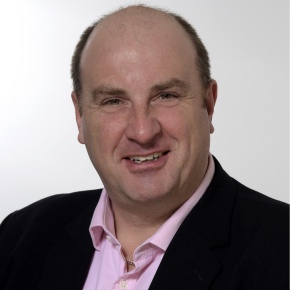 Potholes are a problem and there is no denying the size of the problem! An ongoing hazard for road users in Britain, the pothole crisis is a recurrent nightmare from which there appears to be no escape. Not a week goes by without local and national newspapers and TV reporting on how potholes are causing extensive damage to cars, motorbikes and bicycles, resulting in multiple insurance claims, serious injury and in some cases, death.

Repair bills escalate as cash-strapped councils struggle to keep up with the ongoing costs associated with maintaining our road network. Some local authorities – such as Bristol, which announced in November that it could not afford to maintain its roads, parks and buildings – have given up completely. 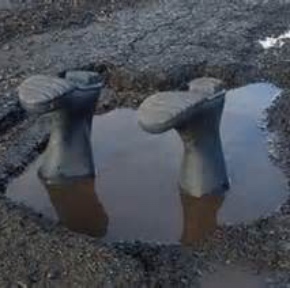 Recent analysis by the Local Government Association (LGA) showed the bill for repairing roads in England and Wales could reach £14bn within two years. Councils have warned that 2017 could be the “tipping point” as far as tackling potholes is concerned.

It is a sorry state of affairs but it’s hardly surprising when the normal cycle of rain, freeze and thaw means that the usual method of pothole repair proves inadequate. Climate change means that we are experiencing more and more ‘unseasonal’ and extreme weather, which only adds to the problem as our infrastructure is being put under increasing pressure. Flooding, extreme drops in temperature, tree roots etc. all contribute to road damage and when you add in heavy traffic, then it’s no wonder that councils are struggling to maintain our roads.

Councils make rapid repairs to keep roads open, using a quick-to-apply traditional material which doesn’t last. It’s costly, ineffective, it wastes taxpayer’s money and it frustrates and endangers road-users. We need to break the cycle of fill, break-down, fill again. We need a long term solution. If we can identify the cause of potholes and choose the right materials and repair process, we can improve the effectiveness of repairs, saving time and money in the long-term.

The porous material currently used to fill the pothole absorbs water into the voids or spaces between the particles and it breaks down particularly quickly. In cold weather when water turns to ice, it expands, creating bigger voids. Each time it freezes it gets worse, the edges of the pothole crumble and the hole expands. But it doesn’t have to be like this.

‘Patch Teams’ could use a modern void-less impermeable repair material which solves the problem of water ingress and frost. Preparation involves squaring the edges of the hole to make a clean edge before applying the repair material. It takes a little longer to prepare but the repair material sets quickly so the road is back in use within hours. The result is a lasting repair without resurfacing the entire road.

Over the past 12 months IKO PLC has actively campaigned for improved road maintenance. Raising awareness of the pothole problem has been a priority and in just a short space of time, IKO’s #NoMorePotholes message is making an impact.

As our PR campaign gathers momentum, more and more people are joining the crusade. National, trade and consumer press are picking up the story and discussing the seriousness of the pothole issue. Our @ikoplc tweets have been integral in engaging with campaigners, action groups, and organisations in and outside our industry. Cyclists, motorcyclists and car drivers are getting involved too, sharing their pothole stories and images with us.

The pothole problem isn’t going to go away in a hurry, but with raised awareness, we can begin to work together to adopt workable solutions. Send us your photos, tell us your stories, tweet us your pothole news. Help us to highlight how severe the pothole problem really is. Join IKO in the crusade to make our roads a safer place.