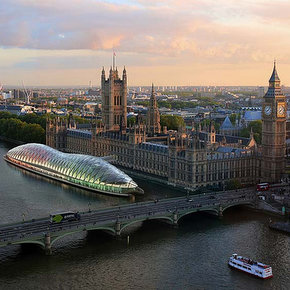 Step inside UK’s new floating Parliament on the river Thames

Howard Chapman, Buildingtalk Editor, takes a look at interiors for the temporary floating Parliament structure designed by Gesler to house MP’s while the Palace of Westminster is restored. 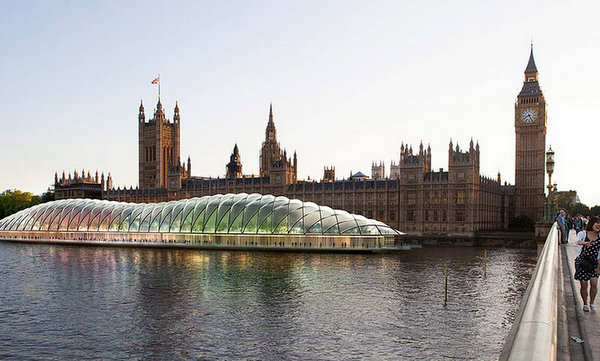 Architects at Gensler offer us a peek inside the spectacular floating pod on the Thames that could house MPs while the Palace of Westminster is being renovated.

Gensler say this radical design solution, costing just £160m, would reduce costs by over £1.8bn and enable the renovation of the Palace of Westminster to be completed in less than 6 years without moving MPs away by installing link tunnels between the old and new buildings. 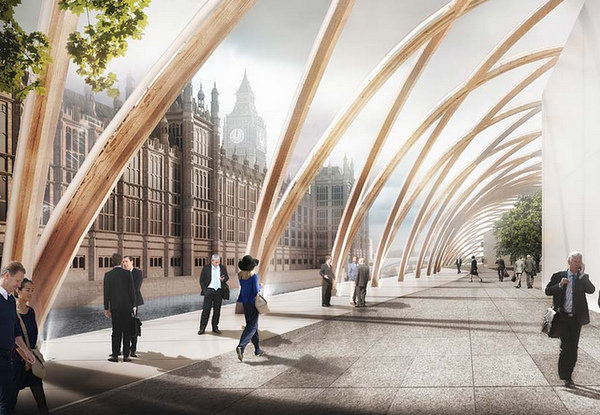 The 250m x 42m floating pod structure would be built in UK shipyards across the UK, constructed in modular steel segments and brought in via the river. The pod could be relocated after the renovations are completed and continue to offer new iconic landmark somewhere on the river in London.

The internal architecture will replicate the existing House of Commons and House of Lords chambers in the Palace of Westminster but a unique glazed structure based on the hammer-beam roof design of Westminster Hall will enable natural light to fill the space. 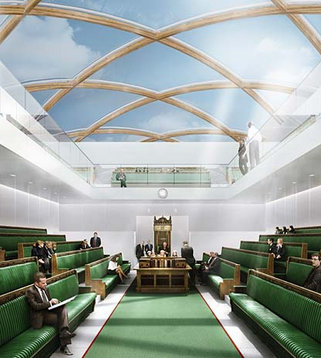 It looks like a great solution but perhaps security concerns will be a major problem.