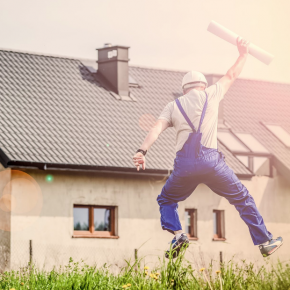 GUEST ARTICLE: Tackling mental health in the construction industry – is self-care the key? 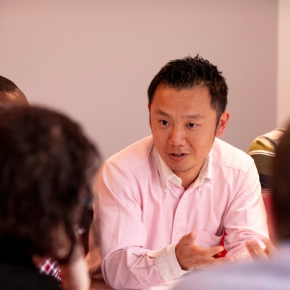 When you think about the perils of working in the construction industry, the health and safety hazards associated with being on high scaffolding, operating heavy machinery and dealing with electrics are probably the first things that spring to mind, but there is a silent danger that lingers on the building site.

Mental health problems on the rise in construction

Construction is the third largest industry in the UK, yielding £150 billion annually (6 per cent of the economy) and employing 2.7 million people (8 per cent of the national workforce; Statista, 2018). But, recently the poor mental health of UK construction workers has been reported. More than half (55 per cent) have experienced mental health problems (i.e., depression, anxiety, and stress) in their lives, and 42 per cent of them have suffered from mental health problems at their current workplace. Both figures are more than twice the national average (25 per cent for lifetime occurrence and 17 per cent for at-work occurrence).

While the number of on-site accident deaths has been reduced substantially from 200 to 40, the number of incidents of suicide has remained at 300 per year, which higher than any other industry. It is especially prevalent in male construction workers who are four times more likely to commit suicide than the national average.

My colleagues, Dr Pauline Green and Professor David Sheffield from the University of Derby Online Learning, and I were asked by partners at Highways England, to explore mental health attitudes among workers in the construction industry and our findings have been published in leading peer-reviewed academic journals, the Work-Life Balance Study and the Mental Health Shame Study.

We also focused on workers work-life balance (WLB), i.e. the organisation’s support for its employee’s personal life through flexible work hours, child and dependent care, and leave for a family or personal reasons.

Maintaining good WLB has been endorsed by the government for all employees in the UK, and the benefits of good WLB have been reported by the European Commission. Poor WLB was associated with poor mental health and lower productivity. Similarly, macroeconomics studies (studies that are related to a big picture of the economy) warned that poor WLB can cause lower birth rates, lowering population sustainability, which results in increased stress and decreased quality of life among workforces.

Is self-care the answer?

Our next step is to investigate how construction workers can be offered support based on these findings. Allowing themselves to be more supportive of themselves is really important. We hope that our findings and future sessions will help improve their mental health and WLB for the industry.

One comment on “GUEST ARTICLE: Tackling mental health in the construction industry – is self-care the key?”