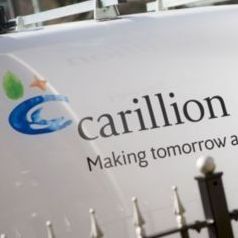 The liquidation of construction giant Carillion raises many questions; both about why the company finds itself in this situation and what the future holds. Buildingtalk Online Editor Max Banner takes a closer look at some of these.

In instances such as these, whereby jobs are at risk, and in the case of Carillion, lots of them (almost 20,000 in the UK), this has to be one of the first things to consider. These not only include construction workers, but hospital cleaners, port staff, prison maintenance workers and workers in the energy and utilities sector.

The staff could be taken on by the other companies where Carillion, the second largest UK construction company, is part of a consortium. However, if contracts were taken back into the public sector, the staff could possibly be employed directly by the government, health authorities, or local government.

And then there are the pensions; an incredible £587m shortfall exists in the Carillion pension scheme and 28,000 members of its 13 separate schemes. Friday saw a discussion take place that centred around the firm’s plans between the government, the Pensions Regulator and representatives from the firm

A spokesperson for the Pension Protection Fund (PPF) addressed the inevitable situation of worry that this news would cause, saying they accept it would cause ‘serious concerns for all people involved‘, adding that they wanted ‘to reassure members of Carillion’s defined benefit pension schemes that their benefits are protected by the PPF.’

Then there is the question as to why Carillion, a company whose worth plummeted from £2bn to £61m in a very short space of time, was given so much work by the government. Did they take too much on? Getting involved in too many risky, unprofitable contracts?

HS2 rail, the controversial HS2 rail at that, was a £450m contract awarded by the government to Carillion back in July last year. Transport Secretary at the time, Chris Grayling, when asked about this contract and the doubts that surrounded the Wolverhampton-based company, said: ‘My wish is that Carillion get through their current problems but we’ve made sure that it’s not an issue for these contracts.’

Perhaps not the best viewpoint to possess, indeed possibly dangerous, especially in light of what has since happened. Has enough been done by ministers to protect public services from the fallout?

Incidentally, other contracts that caused major problems for Carillion include the £350m Midland Metropolitan Hospital in Sandwell (due October 2018, but difficulties with the heating, lighting and ventilation systems forced launch delay to spring 2019), the £335m Royal Liverpool Hospital (due March 2017, reports of cracks in the building have seen completion date repeatedly pushed back) and the £745m Aberdeen bypass (due spring 2018; opening of one important stretch due a year earlier but was delayed because of slow progress in completing initial earthworks).

Biting off more than they could chew, as mentioned previously?

There are many more questions, so many more… what happens to all these contracts that are part finished? What happens to the small businesses dependent on Carillion? Will the taxpayers be involved in any way, a la Lloyds Bank?

Carillion’s slogan is ‘Making Tomorrow a Better Place’… but with the uncertainty that currently exists from one day to the next, this could not seem further from the truth at present.