Blogs » The issue of gender gaps in construction 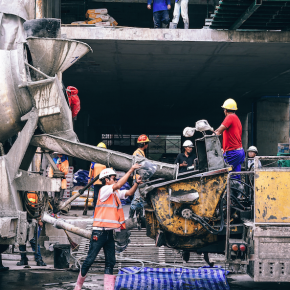 The issue of gender gaps in construction

With only one in five UK construction companies having women in senior roles, some professionals in the industry have claimed that ‘there is a definite prejudice against women’. On top of this, there is an inequality of opportunities available for women compared to men.

Niftylift, who provide a cherry picker range to the industry, has looked into the matter further.

Of roles and pay

Half of construction firms admitted they have never had a female manager within their business, a shock report from Construction News revealed. This is highly problematic, considering the issue of gender diversity and equality in the industry being so great. What is even more striking is that, when asking the women who did work within the industry, 48% claimed they had experienced gender discrimination in the workplace, with the most common example of this (28%) being inappropriate comments or behaviour from male colleagues. These are figures that prove that the industry still needs to enforce more regulations to change attitudes towards women in the industry and encourage equality.

Linked with the problem of gender inequality within the construction industry, there is a problem with the pay gap between men and women still being prevalent within the sector. Nearly half of construction companies (42%) do not monitor equal pay between gender in the business and 68% were not aware of any initiatives to support women transitioning into senior roles. Furthermore, according to Randstad, 79% of men believe they earn the same as their female colleagues in the same position. However, 41% of women disagree — highlighting the need for better pay transparency within the industry to dispel perceptions that men are earning more.

The need for change

Statistics show that a whopping 99% of on-site worker roles are currently filled by men. Another figure that highlights the lack of gender diversity within the industry. Despite the figures, 93% of construction workers believe having a female boss would not affect their jobs, or would in fact have a positive effect by improving the working environment.

But, according to Randstad, women are forecast to contribute slightly more than a quarter of the construction workforce in the UK by 2020. If the industry intends on closing the skills gap, women could potentially hold the key. With the industry raising concerns that it is experiencing a shortage of skilled workers, 82% of people working in construction agree that there is a serious skills shortage. If demand is expected to require an additional million extra workers by 2020, women could account for a significant portion of that — especially in senior roles, which have previously been bias towards their male colleagues.

There remains a significant problem with the difference in the number of women in senior roles when compared to the amount of male senior staff, but we have witnessed some notable progress over the last few years. Back in 2005, there were just 6% of women in senior roles within the UK’s construction industry. However, fast forward to 2015, and this number had risen to 16% and is expected to continue to rise as we approach 2020.

These figures do show promising growth and progression in terms of starting to close the gender gap in the construction industry, but there remains a lot of work to be done to truly combat the problem. Randstad also reports that there remains a tendency within the industry to exclude women from male conversations or social events, with 46% of females experiencing being sidelined. A further 28% said they had been offered a less important role and 25% reported being passed over for promotion.

Although the issue of gender discrimination is far from resolved, it seems that women are still quite positive towards the construction industry, likely because of the noted progress being made to deal with the problem. 76% of women said they would recommend to a female friend, niece, or daughter to pursue a job within the construction sector. Also, in the last decade, the average annual salary for women with construction jobs has increased by 60%, rising from £24,500 in 2005 to £39,200 in 2015. Therefore, there have been positive steps in the right direction in terms of resolving the matter of the gender gap within the construction industry. But we still have a long way to go. Hopefully, by 2020, we can report further progress in the industry, making roles more attractive to females, and improving the gender diversity which could consequently prove to be a solution to the lack of skilled workers for the industry right now.