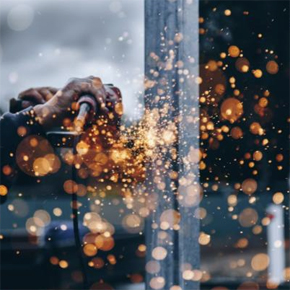 The Momentous Rise of Modular Construction

In the 21st century, the construction industry faces some of its greatest challenges yet. From substantial pressure to reduce its environmental impact through to the ever-present housing crisis, plenty of obstacles have fallen into its path since the turn of the millennium. In order for the world of construction to thrive once again, it needs to innovate. It’s due to that need that modular construction has become increasingly popular in recent years, paving the way for contractors, developers and suppliers across various sectors.

But what is modular construction and why has it stirred the interest of so many industry experts? Here, just that is answered – providing you with insider insight when it comes to this revolutionary construction method.

What is modular construction?

Put simply, a modular building is a structure that’s manufactured in modules offsite, before being installed onsite. Modular construction differs from conventional methods in that it allows a building to be constructed in a much more controlled environment, which reduces the chance of mistakes happening throughout the build programme – amongst offering many other practical benefits. From room modules for student accommodation to modular bathroom pods for hotel en-suites, the versatility of these volumetric structures means the applications are practically endless.

Modular construction as a concept is not new. Existing since the first half of the 19th century, modular builds were, at that time, almost entirely residential – seeing use in British colonies, as well as independent America. Since then, the modular approach has exploded. With the advancement of technology, applications for modular construction have expanded rapidly – providing greater levels of customisation, and the ability to install structures virtually anywhere. From hotels and classrooms to healthcare buildings and beyond, there are few sectors where this method is yet to make its mark.

When modular builds first rose to popularity, it was their massively reduced construction time that first gave them their mass appeal. Whether they were used to house the homeless at the height of the Blitz or to offer quickly built accommodation in the colonies, these structures saved governments and builders precious time when it was most needed. Thanks to refinements made to this method over the years, construction time using modular techniques is now nearly half that of conventional methods.

But, today, the benefits go far beyond mere time savings. As concerns for the environment grow, the construction industry must seek new ways to reduce its burden on the planet – and modular techniques can offer just that. Many structures built this way use ‘green’ materials from the outset, while others benefit from reduced wastage. What’s more, less traffic and noise pollution is another welcome by-product, due to fewer deliveries being made to the site over the course of the construction programme – with the programme also being significantly shorter in general.

Branding plays a crucial role in the design of commercial buildings, and offsite construction has allowed big brands to maintain consistency across their builds. Whether it’s an on-brand colour scheme or a particular interior or exterior style, going modular will make sure any bespoke or custom elements are considered in the design process and then rolled out consistently during manufacturing. For hotel chains, this is ideal – which is why the hotel sector was such an early adopter of this construction method.

Of course, with all of these advantages come obvious cost savings, too. From fewer wasted materials due to exposure to bad weather, through to a shorter programme – and, therefore, lower labour costs – there is a substantial amount of money to be saved when choosing modular over a conventional build method. What’s more, when it comes to a commercial building, the quicker it can be opened, the quicker it can begin generating revenue – so it’s a win-win for both developers and investors.

The future of modular construction

With this method developing at such high velocity, the sky’s the limit for modular construction in the future. As more governments, developers, construction companies and suppliers embrace the undeniable benefits of modular construction, it seems like the only way for the industry is up. Whether it’s being used as a solution to the housing crisis or as a way to reduce the environmental impact of the construction industry as a whole, it’s not hard to envisage how the technique could be rolled out across the nation – and even the globe. That’s not to say modular construction is a one-stop solution for all of our construction problems, but it certainly promises real progress in key areas that other methods can’t.