Blogs » The quest for efficiency in homes and workplaces 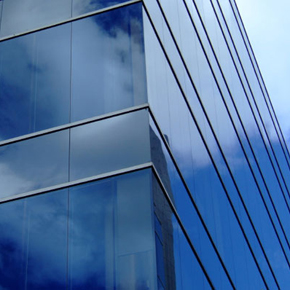 The quest for efficiency in homes and workplaces

Philip Elliot of We Sell Electrical considers the need for efficiency in our buildings, and some of the ways that we can save time, space and money most effectively.

As a designer or creator of anything you are fighting a losing battle if you ignore what human beings want to do. If you’re designing any kind of building or space where people are going to live or work, it is essential that you pay attention to what the needs and desires of the people who will be using that space actually are, as opposed to what you think they should be.

In these early stages of the 21st century, most people in the western world are looking for efficiency. They might not use that exact word, but they are nevertheless looking to save space, time, and money. There is so much in the world today that clamours for us to give away one or more of those three resources, so when it comes to designing living and working spaces, one of the primary goals surely must be to conserve those resources for the people who will be using them. In this post, I will explore a few different forms that this efficiency could take.

A basic, yet highly important thing to consider is light. Very simply, this means lighting buildings in the most efficient way possible to save money and energy. Of course, the easiest way to do this is to make sure that there is always a plentiful supply of natural light. This might be easy if you’re building an office block that’s the tallest building in the area, but it might not be so easy if you’re building an extension for a house in a crowded residential street. Still, as far as possible, giving a room as much natural light as you possibly can is the best thing you can do for the health of its occupants (as demonstrated by researchers in Chicago’s Northwestern University), and it’s also kind to the bill-payer’s waller.

However, natural light is unlikely to be enough to light the building all year round. No amount of windows will help you when it’s dark outside. For this reason, it’s essential to make the right lighting choice for the room. Halogen bulbs have been the mainstay of lighting for decades, but LEDs have been steadily gaining in popularity for a while now, and they are really worth considering. LEDs are, on average, more reliable than halogens, far cheaper, and give out the same quality of light. When it comes to efficient solutions, you can’t do much better than LEDs.

Another major consideration in building/room design has to be space itself. It’s natural that people want to get the most out of the space that they have available. Over the last decade, this has taken the form of laptops and tablets replacing desktop computers, and flat screen TVs replacing the bulky sets that used to dominate living rooms. There are other concerns at play, such as the constant quest for technological progress, but efficiency is always a big part of such considerations.

When it comes to designing an efficient space, there are now an abundance of simple products that can contribute to the most effective use of space possible. One example is a  plug socket that includes USB ports, allowing you to charge phones or tablets and use the plug socket for something else at the same time. Another very simple idea is a magnetic knife-rack that saves valuable worktop space in the kitchen.

Space matters on a bigger level as well. In Britain, we are quickly running out of space to build new houses, which is a problem because the demand isn’t getting any smaller. One solution to this is building upwards – building more and more apartment blocks and office blocks because in terms of ground space, they are highly efficient. On a less serious note (though no less real), if you’re desperate to provide your building’s residents with a swimming pool, you could always just build one in the sky!

Lighting and space saving are just two areas to consider when it comes to making efficient buildings. These considerations are essential if we plan on meeting the changing needs of the people around us, and creating spaces that they want to live and work in. We will continue to face challenges in this area, but as human ingenuity and technology progress, I believe that we will also see increasingly brilliant solutions.