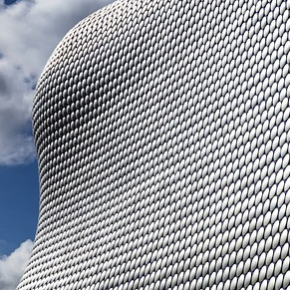 A charity in Birmingham is utilising the insulation properties of expanded polystyrene to keep food hot in transit to homeless centres.

With homelessness in the city at an all-time high, two local volunteers, Anne and Carmel, set to the streets to help feed the homeless.

The Unite 4 Homeless Project, initially set up in March 2017, started as a one table operation that handed out small amounts of food and drink in Birmingham City Centre and now runs weekly by Birmingham coach station, offering catering tables full of homemade food for more than 75 people.

Unite 4 Homeless has become a lifeline for many, serving up hot homemade food for the homeless, as well as those living in local hostels struggling to live on what little money they have for the week.

Hot food and drinks are available along with donated food from local businesses including baguettes, sandwiches and pasties. The weekly operation also offers the opportunity for people to socialise and connect with others.

Anne Duffy, charity co-founder, commented: “It’s heart-breaking. Nobody deserves to go to bed hungry in this day and age or have to line up in the middle of Birmingham City Centre waiting for food.”

Expanded polystyrene (EPS) boxes donated by the Foam Products team are used to keep food hot; including rice, stews, chicken, vegetables and Shepherd’s Pie among others.

EPS boxes have fantastic thermal properties retaining heat keeping the meals hot, ensuring the food remains a comfort to many, especially to someone on a cold evening that may not know where their next meal is coming from.

Boxes are stackable for easy storage when not in use or whilst in transit in vehicles and easy-carry finger recesses allow for simple handling. Simply, the boxes perform an important role in providing an easy way to transport the vast quantity of meals between the kitchen and Birmingham City Centre.

Carmel Finnigan, charity co-founder, commented: “We have been using polystyrene boxes for two years now and they are perfect for keeping our hot meals lovely and warm for the people who come to see us.”