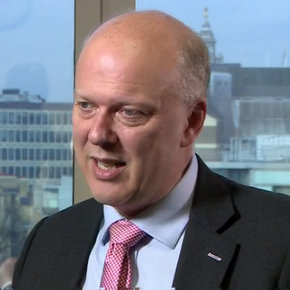 Howard Chapman, Buildingtalk Editor, welcomes Transport Secretary Chris Grayling announcement of a major overhaul in the way the rail network operates with future rail franchises to be run by joint management teams from both the train operating company and Network Rail.

The rail system seems to be falling apart at the seams. After a number of years of substantial improvements since the demise of British Rail in 1993, we now just seem to be getting more delays, higher prices and frustrating strike action.

Good news this morning that Transport Secretary Chris Grayling has announced an overhaul of the way that rail network is to operate. One major problem has been that the train operating companies and the Network Rail that look after the track are separate. Often the rail franchise companies are blamed for delays and problems that are caused by Network rail even when they have no power to change or improve the network infrastructure. This has been a major problem but this is set to change.

The Transport Secretary is to begin the process so that in future the rail franchise to be run by joint management teams from both the train operating company and Network Rail. The change will be gradual as it will start for each franchise as they are renewed. The timing is good because a number of these are up for renewal. The change may come sooner for some, like Southern Rail, where the problems are so bad right now that action maybe taken before the renewal date.

Though we will continue to have separate franchise owners plus Network Rail, the joint management teams will have a better chance of improving planning and getting a grip with the problems. It also means the big money spent on rail infrastructure – track, stations and signalling – should be more effective and better value.

The change to joint management is long overdue and hopefully will make a significant practical impact – and stave off any move towards re-nationalising the network that would be a real rail disaster.