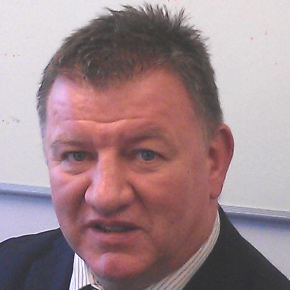 A recent report, published by BRE, has highlighted the urgent need for the UK to address the use, design and operation of air conditioning in UK offices and retail environments, following the discovery that cooling in air conditioning might now account for as much as a tenth of the total UK electricity consumption.

The report finds that in 2012, some 65% of UK office space and 30% of retail space was air conditioned and there is clear evidence that this is set to grow.

To put this into context, it is estimated by Lucas Davis, an energy economist at the University of California in Berkeley, that most of the developed world will have air conditioning in their homes, workplaces and cars within 20 years. His research is backed by the US government’s Lawrence Berkeley National laboratory, where researchers have calculated that 700 million air-conditioning units are likely to be installed worldwide by 2030 and 1.6 billion by 2050.

So what can we do? Whilst there is little we can do to slow the demand for air conditioning, there is potential to improve design and there remains a large untapped potential in the difficult area of management and user behavior.

To put this into perspective, benchmarks for the intensity of electricity consumption for cooling in existing offices state that typical consumption would be expected to be in the range of 31 to 41 kWh/m² pa, with ‘good practice’ consumption levels being 14 to 21 kWh/m² pa. The findings of 32 monitored buildings, adjusted to London weather for comparative purposes, were that 77% of them had consumption intensities of over 40 kWh/m² pa, with 64% above 45 kWh/m² pa.

So where does this inefficiency come from? Poor operation, maintenance and control of systems appear to main cause for this observed difference in energy consumption. Around 70% of offices and 50% of retail environments employ split systems and there was clear evidence of monitored air conditioning operating whilst buildings are unoccupied, typically at night or over weekends.

The report also identified that many system inspection reports provide only generic recommendations relating to maintenance and operation, which are unlikely to significantly improve performance. It would also seem that all too often improvement recommendations are not adopted as they are not sufficiently specific to prompt action.

And here we fall into the larger issue of the circle of blame – who is responsible for making decisions on improvements to existing systems or on system upgrades? Is it the occupier, the investor, the developer, the facility managers or the contractor? All too often the responsibility gets passed from one to another and the result is that either the wrong decision or no decision is made.

Faced with the evidence that around 10% of our electricity consumption is relating to cooling in air conditioning, it is clear that something needs to be done. Demand for air conditioning will continue to rise and so will the associated energy use unless action is taken.

There are several initiatives in terms of reducing loads in new buildings and improving efficiencies of new systems but everyone in the supply chain needs to play their part by addressing the issue that they can influence, whether this be design, installation, commissioning, operation, maintenance or control.

This would be facilitated by the incentivisation of efficient operation and – ideally but expensively – speed up the upgrading of existing systems and buildings.

The full report with appendices is freely available on BRE’s website.