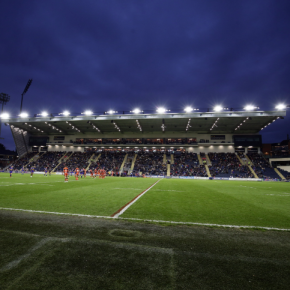 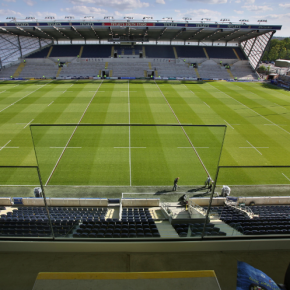 Other facts on the construction project include:

– The new Emerald Suite opened for the first time on Thursday May 16 with over 450 guests enjoying views over both Test arenas.

– The old North Stand witnessed its final game on 29th September 2017 when the Rhinos defeated Hull FC to reach the Grand Final.

– 8,228 seats have been installed as part of the re-construction with over a kilometre of handrails in place around the stadium.

– Over 3,000 cubic metres of concrete were used in the foundations and nearly 12,000 metre square of blockwork walls have been laid with 204 doors hung.

– 1,240 tonnes of steel were used in the construction all held together with 42,000 bolts and fans will recall the emerging stand appearing like a giant puzzle as 1,363 pieces of pre-cast concrete were lowered into place totalling 2,995 tonnes.