Blogs » What are hidden construction obstructions and how to find them? 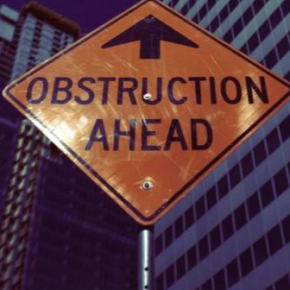 What are hidden construction obstructions and how to find them?

An obstruction is always a pain in construction regardless of how it appears, but what if it doesn’t… appear. Yes, this is something that does happen and is probably a lot more common than you think it is as there are a lot of things buried underground which we can’t see that end up as obstructing us; it can also occur in a variety of ways too!

The most common technique to identify these obstructions is from a Ground Penetrating Radar survey, this involves the use of electromagnetic radiation pulses to provide an image of what the hidden obstruction looks like.

However, some obstructions aren’t always objects, it can sometimes be a lack of something, such as voids, you do also get different types of hidden obstructions and they’re not always located in the ground.

A lot of people overlook hidden obstructions as just one thing, but there are many types of them, so, below is a shortlist composed of various types of obstructions, along with why it is important to locate and deal with these obstructions:

This is a hidden obstruction that is quite a generic one, but just as annoying as any other obstruction. Rebar is a rod of reinforced steel used for tension in reinforced concrete, but what if you need to do some work on some concrete and need to check if the concrete foundations have this rebar or not?

It is incredibly important to check this as it could reveal a major structural weakness of a foundation if it does not contain any rebar.

Imagine this, you go into a property during its early stage of construction and no one has checked to see if there are any pipes underneath the floor.

You then drill or break the surface and in the process, you have damaged a part of the pipe system, not only is this a massive nuisance as you’ll have to start from the bottom once again to fix these pipes but also dangerous.

If these pipes were to contain gas then you risk poisoning or an explosion if you are that unlucky. It’s not much better if the pipes contain a liquid neither as this can leak into sockets and electrical wires which can cause major damage and even a threat to life.

This is what I was referring to earlier when I mentioned that some obstructions can be due to the lack of substance, in this case, it is the lack of earth in a certain area.

If you suspect a void in your construction project then it is always best to get it checked out as you risk dips in your foundation, or in extreme scenarios, you risk a sinkhole forming underneath your construction and putting the whole project at risk.

This one is quite similar to the underground void situation, except for it occurs in the walls of a pre-existing structure. The consequences of not diagnosing this are again the risk of collapse, except for this is man-made and will occur in the actual structure and not the earth beneath it.

It can also be useful to locate chimney flues for beneficial reasons too, as disused chimney flues can also make ideal routes for cables and pipes to travel through buildings without having to create a void in the structure.

Hopefully, this short and informative list will help give you some insight into the different types of hidden obstructions you may come across in your construction projects.

I also hope it highlights why it is important to fix these obstructions before they cause some damage, whether physically or financially.