Blogs » What are the Brexit consequences for the construction industry? 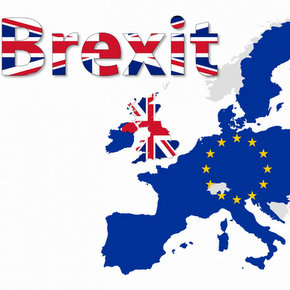 What are the Brexit consequences for the construction industry?

As the UK begins to count the cost of the EU Referendum decision, Howard Chapman, Buildingtalk Editor, asks for your views on the impact of Brexit on the construction industry.

On Thursday the Brexit lemmings leapt from a high cliff shouting “we’re taking back control”. What seemed like a good idea at the time now feels like an accident. As the rhetoric fades away, the UK begins to face the consequences of this momentous decision, and plan for a future outside the EU.

We review the initial construction industry reaction and ask for your comments.

Britain may leave the single market, which will end freedom of movement for workers across the European Union. Government figures show nearly 12% of the UK construction industry’s 2.1 million workers come from abroad – mainly from the EU. According to the CIOB, the industry will need to find an additional 224,000 new recruits by 2019 to meet the overall pipeline of work. All indications suggest the skills shortage will now get worse.

Brian Berry, chief executive of the Federation of Master Builders: “Workers from EU countries have helped the construction industry bounce back from the economic downturn when 400,000 skilled workers left our industry, most of which did not return. It’s no exaggeration to say that a few wrong moves by the Government could result in the skills crisis becoming a skills catastrophe.”

We seemed set for an imminent announcement of an expansion at Heathrow as Britain’s aviation hub. But if Boris Johnson replaces David Cameron, will all bets will be off and Boris’s favoured Thames Estuary solution, designed by Foster & Partners be back reconsidered?  Financial backing for aviation expansion in London maybe at risk and encourage air carriers to look elsewhere in Europe.

A change of leadership in the government and economic uncertainties could lead to a review or delay on HS2, along with other large scale capital projects, not least because the expected external funders will look again.

Shares of leading contractors and housebuilders were hit badly following EU referendum vote. Rob Noel, chief executive at Land Securities had already warned that Brexit would trigger a short-term shock to the property market, pushing down rental and investment values. With recruitment already on hold and international companies now reviewing their strategies, future commercial projects are at risk, especially in London. However some believe investment from outside Europe into the housing sector will increase especially as currency changes will make this more attractive.

Peter Bonfield, CEO, BRE Group: “We will continue to collaborate with our partners on European research projects through our well established network groups so we can share learning together and further our positive impact on the built environment for the benefit of all…. and ensure we are a magnet for the best and brightest people from Europe and the rest of the world”.

Julie Hirigoyen, CEO of the UK Green Building Council: “Brexit is already sending shockwaves through the construction and property sector, the scale of which won’t be clear for some time. It will be a tough trading climate, that will impact companies both large and small. Both economic and political uncertainty will have some people asking whether the green agenda needs to be deprioritised while business goes into firefighting mode. This must and need not happen. The incentives remain strong for business to address climate change and other urgent sustainability challenges. Arguably now more than ever we need to minimise future risk, reduce costs, add value for clients, generate new commercial opportunities and ensure we have the best people working as productively as possible. A sustainable built environment is fundamental to these objectives.

John Newcomb, MD of the Builders Merchants Federation (BMF): “Our priority now is to work together in the BMF and with other trade bodies to make sure the construction industry is properly consulted and engaged in discussions with the government about the implications of the vote to leave the EU”.

Patrick Flaherty, Chief Executive, UK & Ireland, AECOM: “A positive, long-term focus on the future is required despite a referendum result that we and many businesses did not want.  It is critical that the domestic agenda is not sidelined as the UK faces a minimum of two years of negotiations to leave the EU. Focus must remain on energy security and energy independence, as well as progressing the UK’s ambitious infrastructure pipeline. Schemes such as HS2, Crossrail 2 and the Northern Powerhouse programme are vital to the country’s ability to compete on a global stage, which is more crucial than ever due to this referendum result.”

Iain McIlwee, chief executive of the British Woodworking Federation (BWF): “For the UK, its people and its economy, we are entering a new chapter in history. What matters now is that firms in the construction supply chain are well informed and well prepared to assess risk”. The BWF’s risk matrix – a checklist of issues for businesses to consider in their assessment of the impact of Brexit – is available to download from: http://bwf.org.uk/assets/eu-referendum-risk-matrix.doc

Richard Beresford, Chief Executive, National Federation of Builders: “The government must clarify what will happen to the EU construction workers in the UK, as they are currently filling the gap left by our skills crisis. We need to recruit a million workers into the industry by 2020, and putting EU migrants off coming here will only exacerbate this problem”.

Nigel Rees, Chief Executive, Glass & Glazing Fedration (GGF): “The GGF Membership can rest assured that we will continue to deliver the same level of benefits and service for our Members. In the short term, we must wait until the Party Conferences this autumn and see how the political parties shape their leadership, policies and direction going forward. There is no doubt that the implications of Brexit and the political uncertainty is already sending economic shockwaves through the construction and property sector, the scale of which may not be clear for some time and as such a tough trading climate that will impact companies both large and small is anticipated”.

2 comments on “What are the Brexit consequences for the construction industry?”