Blogs » What clients need to know about timber procurement 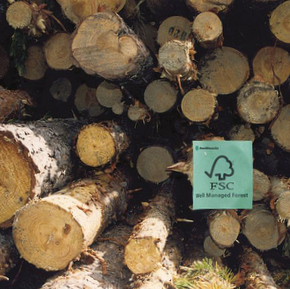 What clients need to know about timber procurement

A review of the latest on Government timber procurement policy including BREEAM assessment and FSC certification plus key actions clients need to take to establish responsible sourcing.

Responsible timber sourcing schemes have been around since the early 1990s and are now commonly used as accreditation for sustainable building projects. Illegal logging has been a long-term problem globally, with recent efforts to tackle it such as the EU Timber Regulation of 2013 not solving the problem.

Particularly acute in terms of plywood from China, the issue was highlighted in a report early this year by the UK enforcement agency for the regulation (NMO) which found that only two of 16 plywood importers identified had due diligence systems that met regulatory guidelines. In addition, areas such as Brazil continue to see removal of large areas of rainforest with reports that seven times the size of New York City has gone over the past year despite government efforts to tackle the problem.

The best known responsible timber sourcing scheme was set up by the Forest Stewardship Council (FSC) in 1993 as a global certification scheme that guarantees timber and timber products have come from well managed projects.

The Building Research Establishment (BRE) put responsible sourcing of timber at the top of its agenda in the development of BREEAM, making it a mandatory element within any BREEAM assessment and recognises FSC certification as an indicator of responsibly sourced materials. In the light of this, the issue should be high on the agenda for any project team involved in a BREEAM assessed project.

The UK Government’s Timber Procurement Policy closely aligns with the EU and requires any timber to be legally sourced or from sources which are licensed by the EU’s FLEGT (Forest Law Enforcement Governance and Trade) body or come from ‘equivalent sources.’ The FLEGT Action Plan was established in 2003 with the stated aim to “reduce illegal logging by strengthening sustainable and legal forest management, improving governance and promoting trade in legally produced timber.”

In terms of what clients need to know, the crucial point is that any timber used on site – from that used for construction to timber used for hoardings – needs to be legally sourced. The most easily identified way of doing this is the FSC label, as this indicates there is a traceable trail of where the wood has come from.

The chain of custody certificates that come with FSC certification can then be used by BREEAM assessors to show that the suppliers of the wood use legal and sustainable timber, as they represent the whole life cycle from tree felling to production to distribution to supplier. As an alternative to plywood, which is where many responsible sourcing issues arise, is OSB which can be locally grown and produced and can thus offer a much better environmental score than timber as well as better performance characteristics.

In addition, to show compliance with responsible sourcing in an individual BREEAM assessment, project teams need to produce delivery notes from suppliers on the project concerned in order to create an auditable trail. These not only show which suppliers have been used, but whether they are using FSC accredited timber and have chain of custody certificates.

So in short, clients looking to establish responsible sourcing for timber firstly need to ensure that they can obtain FSC and Chain of Custody certificates from suppliers to show they are in compliance with Government policy. They also need to ensure they collect the delivery notes from the project to show that all timber used is legally and sustainably sourced. Lastly, they need to pay attention to where timber is used across the whole of their sites, as irresponsibly sourced timber anywhere on site will mean a breach of regulations.