Blogs » What is the truth about the prospects for UK house prices? 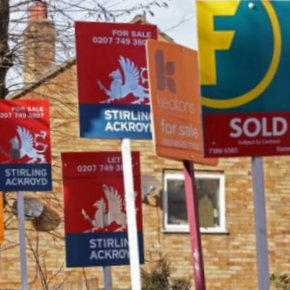 What is the truth about the prospects for UK house prices?

Howard Chapman reviews the latest Nationwide House Price Index that shows a fall in house price growth, though house prices are still likely to rise in 2017, not least because house building is failing to keep pace with the growing demand for homes. However, we live in uncertain times, in the shadow of Trump and Brexit….

According to the latest Nationwide House Price Index, the rate of house price growth is at its weakest level since November 2015.

The headline from the Nationwide was ‘Steady start to the year for UK house price growth’ . However, the Nationwide report has been interpreted very negatively in the press, not least becasue fear sells newspapers and ‘Steady start’ does not cut the mustard.

But what is the truth about the prospects of the price of a home in 2017?

First of all, the Nationwide report itself is much more balanced and optimistic than the headlines suggest – here is a link to read the Nationwide press release for yourself.

According to the Royal Institution of Chartered Surveyors the housing market has flattened. However, many economists predict that house price growth will continue to weaken over coming months, few are predicting an overall fall. Howard Archer, a usually reliable soothsayer at IHS Global Insight, believes house prices will still rise by 3pc, which means a gain of more than £15,000 on a modest 2 bedroom apartment in London

Though UK annual house price inflation in January fell to its weakest level since November 2015, Nationwide reports that this still means house prices are 4.3% higher than at this time last year. And according to Halifax the average UK house price rose by nearly £4,000 in December, the fastest growth since the Brexit vote. In fact house prices in December were at an all-time high of £222,484 and the ratio of house prices to earnings was still below its all-time high in July 2007, before the financial crisis.

Martin Ellis, Halifax housing economist, predicts that though 2016 finished strongly, he expects the prevailing economy will reduce housing demand during 2017 even though the total UK home sales for 2016 are broadly unchanged from 2015 and 2014, at about 1.2m. This reduction in demand will mainly be because of uncertainty regarding the prospects for the UK economy and the impact of a double whammy of Trump and the start of Brexit negotiations

However, we still have a housing crisis and UK house prices will continue to be supported by an ongoing shortage of property for sale, low levels of housebuilding, high employment and low interest rates.

One comment on “What is the truth about the prospects for UK house prices?”