What’s new in building this year? UK house prices are on the move again, CIOB awards open to non-site managers, the UK wind industry booms, the Circuit of Wales project begins and the numbers of new apprentices plummet.

Cameron announces 10,000 new homes to be constructed on public land

More than 10,000 new homes will be built on public land through Government direct commissioning in a plan David Cameron hailed as a “huge shift” – the biggest of use of such a policy since Margaret Thatcher and Michael Heseltine started the regeneration of London’s Docklands in the Eighties. It will “ensure hard-working people can buy affordable homes”.

Downing Street said the “radical” move will see homes being built at a faster rate with smaller building companies that cannot take on big projects able to begin construction on Government sites which already have planning permission. 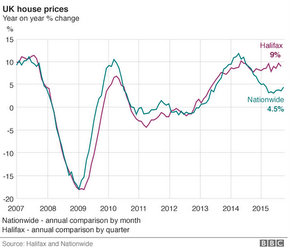 London remained the strongest performing region for the fifth year running, with average prices up 12% compared with a year ago, according to Nationwide.

Scotland was the only part of the UK that saw a fall in average house prices, with values down 1.9% in the three months to the end of December compared with the same period a year ago.

CIOB revise criteria for entering the 2016 Construction Manager of the Year Award, opening up routes for non site-based managers to apply.

CIOB said that the shift was based on a general recognition that many members in project delivery roles were not ‘site based’, and therefore unable to apply.  The changes have been made in order to encourage a wider range of companies to enter their best people who deserve to be recognised for their hard work within the industry.

Renewable UK is predicting a busy year of construction for wind sector. Under construction over the next 12 months:

Preparation work on the site in Blaenau Gwent is set to begin in January, before construction work the following month.

The £315m project will bring an international motorsport circuit to the site north of Ebbw Vale, near the Rassau Industrial Estate, alongside a one million sq ft technology park and training facility.

Britain is on the brink of a skills crisis because of a slump in the number of people taking apprenticeships in construction, a study reveals.

In the last eight years construction and related trades’ apprenticeships have dropped from the most popular to the lowest two in the top ten.

Send us your contribution on ‘What’s new in building 2016′ to [email protected] or add your comment below.