The effects of the UK’s vote to leave the EU are already being felt, long before the UK formally leaves, and the impact – borne out of uncertainty – on the financial markets has hit investors’ confidence hard. And in our own industry, construction activity is now at a seven-year low.

This is playing out against a backdrop of delayed and overdue decisions as well as ongoing questions around big infrastructure projects: runway capacity in the South East, HS2 being forced to restate its business case; the Shaw Report pointing the way to major changes in the rail industry, not to mention the government’s 11th-hour decision to delay final approval for Hinkley Point (which is already one of the UK’s largest construction projects).

A dangerous pattern is starting to form: if the government continues to delay decisions around major projects, it risks damaging the appetite of investors – at home and abroad – to fund the major infrastructure the UK badly needs.

While new projects cost money, delays in decision-making cost even more. Even a six-month postponement can create significantly longer delays and substantial additional costs. This doesn’t mean we should push ahead without regard for proper planning or due process, but that making strong commitments are powerful and symbolic, and drive investor confidence.

The priorities today are the same as they were before the referendum. Airport expansion and High Speed 2 are the two infrastructure priorities that government simply cannot afford to lose time on. Irrespective of Brexit, London’s population will continue to grow, which means it is vital that Crossrail 2 is also prioritised alongside building aviation capacity in the South East to enable our capital to remain strong and competitive outside of the EU.

Let’s look at airport capacity first. Any new runway will take a minimum of nine years to plan and build. Delaying a decision until late-2016 or even into 2017 could prove to be the deciding factor when carriers reassess their European hubs – as many are in light of the Brexit vote. 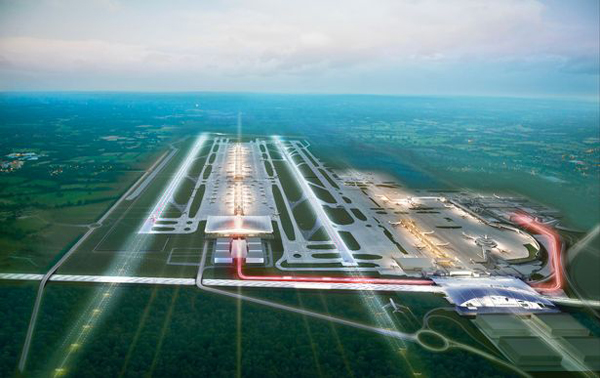 The arguments around whether we need to build at Heathrow or Gatwick must stop; from a long-term perspective we need both. Gatwick is easier to achieve so the smart choice would be to build this first and open a runway during 2025. Heathrow is rather more difficult both from an infrastructure and planning perspective and will take longer to achieve. The decision to build Gatwick first would allow more time to bring Heathrow on stream as a part of a much longer term UK-wide aviation strategy. Creating further aviation capacity in the South East in the long term should also be considered, rather than waiting for capacity to run out before we commit to the long process of planning new runways.

We must get the plans for our railways back on track. The government must safeguard and prioritise HS2. This ambitious project has huge potential to act as a catalyst for growth across the country at a time when we need it most. Government must also send a clear signal that it will build the full Phase 2 route or extend Phase 1 to Manchester with an east-west HS3 route that will provide critical supporting infrastructure to underpin the Northern Powerhouse agenda.

We can also maximise the potential around aviation and high speed rail hubs. These node points – particularly the HS2 stations at Euston, Old Oak Common, Birmingham International and Birmingham Curzon Street, as well as the Phase 2 stations, and at our key airports – offer great opportunities for investment, regeneration and growth. Developing commercial, retail and innovation hubs at these locations fuelling the fantastic entrepreneurial spirit we have in the UK would add significant value to our economy. In particular, learning from key growth economies, by coalescing research and development around these hubs where they are linked to global markets will open up and extend trading and growth opportunities. We need to raise our ambitions for these hubs using private finance to support their creation and use them as wealth creators to attract significant inward investment in the future.

The time for talking is over. If “Brexit does mean Brexit” we must show we are creating the national infrastructure that will support the UK in reaching out to global trading markets. In turn, this will help drive the investment that these and future critical programmes will require, fostering longer-term growth, prosperity and opportunities for all, as well as re-setting the balance between government and private investment, and healing regional divides.