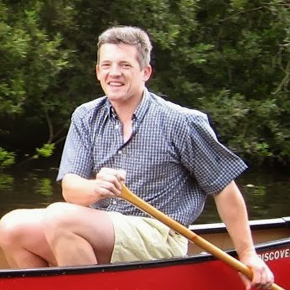 Why rope is still an important part of the construction industry

The modern construction industry is almost unrecognisable to what it was 100 years ago, with the methods being used changing considerably. Therefore, those selling to the building trade have had to adapt in order to continue attracting business in what is a very competitive industry.

In this blog, Russell Hurst, owner and director of Ropes Direct, outlines how those methods have changed, how he and other retailers to the building trade have had to change with them and makes the case for why rope is still an important and relevant tool for builders and building firms of all sizes.

The construction industry used to look a lot different. Today, the world’s big building projects are done on behalf of global conglomerates and big business, with buildings that change the skyline of our cities regularly popping up around the world. In ancient times, however, the big building projects were awe-inspiring monuments done in deference to kings and emperors.

Scores of men worked for around 20 years to construct the Pyramids of Giza, while it took around 200 years for the Great Wall of China to be completed, and that’s not even taking into account the numerous rebuilds and extensions that have taken place over the years.

In order to complete these projects, a tremendous amount of man-power was needed. Some estimate around 500,000 men, along with 300,000 soldiers, were needed to complete the Great Wall, while there is no consensus among Egyptologists on how many people were involved in the building of the pyramids; some think it was around 7,000, others between 20-30,000.

Clearly then, these projects, as with any building work done around this time, would have been very labour-intensive, particularly given the sheer size and weight of the stone used to construct the pyramids. The workers will have needed all the help they could get on-site, and this is where rope will have come in. There has been some debate over the years over how the stones were transported to site and moved into place, and it should be said no accurate historical or archaeological evidence that definitively resolves the question is known to exist.

Two of the most plausible theories though involve rope. The first theory is that a ‘rope-roll’ system was used to move the blocks up the structure by placing the blocks on a track of wooden castors and pulling them up using a pulley system. Alternatively, many have suggested that the blocks were transported by manually pulling the blocks up a series of ramps on a sled.

Not easy ways to get the job done, and probably one of the reasons why such projects took so long to complete. It is no surprise then that when The Industrial Revolution came, builders adopted mechanisation as it helped make the work less labour-intensive and meant projects could be completed quicker. With this new technology have come new materials too. Whereas rope, be it made from natural or synthetic materials, is still around, it has increasingly been replaced by steel wire.

Therefore, wholesalers and retailers that supply to the building trade have had to adapt in order to retain our customer base and stay in business. It’s why my company now sells steel wire rope, as well as the various hooks and fixtures needed to go along with it. In one sense, it has also been good for the business too, as it has forced us to find new markets to enter. For example, in recent years, we’ve spied an opportunity in a new building sector and have started to sell battle ropes in response to its increasing popularity within the burgeoning fitness and body-building market.

Make no mistake though; rope is still needed in the building trade. Rope access, for example, is a vital part of ensuring building maintenance standards are kept up as it is sometimes the only way to get to certain parts of a building. While steel wire is strong and durable (just like good-quality rope), it isn’t as flexible in its movement as a length of rope and so, contractors and maintenance crews often need to buy climbing rope in order to complete a vital part of their role.

While they have unarguably helped to make building less labour-intensive and speed up the building process, machinery used on-site can still break down from time-to-time and needs constant maintenance. It is also unfeasible at times to use bulky machinery on certain projects too. At those times, a simple rope-and-pulley system is not only still effective, but the best tool for the job. 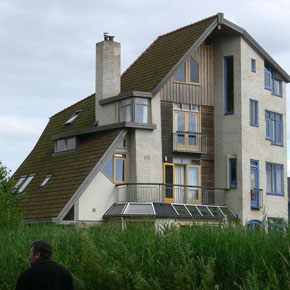 Self-build home in the Netherlands

There also seems to be a burgeoning self-build market too. Whether this is in response to rising house prices, or people being inspired by shows like Grand Designs and George Clarke’s Amazing Spaces, more and more people in the UK are beginning to build their own homes.

This is due to a number of factors, not least that the cost of purchasing land is off-set by using cheaper construction methods and materials. In fact, self-built homes now make up around 10% of new builds each year. This lags behind France where around 50% of new homes each year are self-built and Sweden, where the figure is around 30%.

If our European neighbours are able to show us how to make the process of building your own home even cheaper, self-build may take off in this country even more. Given the cost of hiring machinery and the relatively small scale of most self-build projects, using machinery would be unfeasible. Therefore, good old rope-and-pulley systems are again often the best tools for the job.

Yes, the construction industry has changed, and, in many ways, that is a good thing. Given its’ adaptability and practicality though, rope still does, and always should, have a place on any building site.