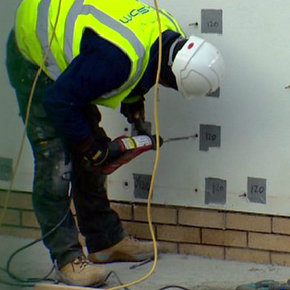 Howard Chapman, Buildingtalk Editor, asks if the next big scandal will be about the dodgy PFI deals that are bankrupting public services.

While the NHS struggles with PFI debt, some children will not return to school today as 17 PFI-built schools in Scotland stay closed for safety checks. Will this force all past PFI deals onto the front page?

The Guardian reports today that the closure PFI-built facilities over safety concerns will mean thousands of pupils in Scotland cannot go back to school today after their Easter break. Councils are checking their school buildings as fears grow that all schools built under the same private finance initiative could pose a safety risk to children and staff – watch the latest BBC video on inspections are being carried out at all the Edinburgh PPI-built schools.

Some say that private financing of schools, hospitals, infrastructure and other core public services is not sustainable because many of the deals struck were such poor value. PFI was devised by the Tories in the 90’s and championed by Gordon Brown in the Labour years. They are a key factor in the ‘bankrupting’ of some NHS Trusts, the debt burden preventing more than 20 having any chance of balancing their books.

UK taxpayers now owe over £300 billion in PFI repayments across 700+ projects for the next 30 years. These crippling lease arrangements for PFI projects mean young people starting work now will pay taxes for PFI until they are nearly 70. Some private contractors who agreed PFI deals are set to make billions of pounds in profit, with some due to see returns of up to 70%.

Some say only an act of parliament can force a reversal of some of the dodgy deals that are such poor value to the public sector and now seem like a licence for the private sector to print money. But can this really happen?

Should there be a real investigation to find out what went wrong and who made a killing? Where do you stand on the PFI value for money scandal?