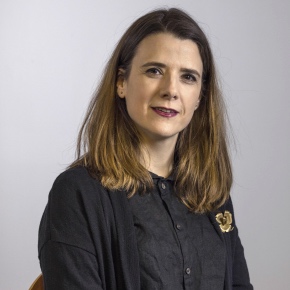 As I write this piece, I am only too aware that despite having become part of the mainstream vocabulary, the word “diversity” is not always fully understood. Yet, it is clear that in a global society where the communities we design for and the client bodies we design with are diverse, so should our teams.

To me, “diversity” signifies a key change our industry needs to implement in order to be able to face the challenges which lay ahead. Furthermore, embracing a diverse team and utilising the wealth of knowledge, experience and skills of each individual will allow us to move design briefs beyond any initial expectations and to strive for excellence.

It is with this in mind, excellence, that I’d like to highlight two examples in which I have seen both projects and businesses benefit from embracing diversity.

It is a well known factor that humans have the anthropological need to surround themselves with people who are similar to them. When it comes to problem solving however, this does not deliver the best results. We now know that, when presented with the same challenge, a homogeneous group will produce a more limited range of solutions. Furthermore, it is likely that the group’s blind spots (cultural and otherwise) will manifest in their final proposal making it weaker.

Over the years, I have found that under the right management, diverse teams where individuals hold a range of views and experiences which complement rather than replicate one another, will see individuals debate opposing angles and in doing so push ideas and theories forward to, eventually, come up with more robust and considered solutions.

Studies show that humans have a tendency to overestimate their own abilities. In my experience, in non diverse teams, the group’s validation gives the individual a further sense of confidence, which is not always justified. Furthermore, once beliefs become normalised, any voices bringing alternative viewpoints are seeing as disruptive. Eventually, the lack of contrasting thoughts leads on to a stagnant culture where a common order of things is “accepted” and assumptions are regularly made, for asking questions is uncommon. The result is a reactive culture with a fixed mindset in which problems are stumbled upon rather than prevented.

In contrast, in order to develop a common ground to work from, a diverse team will favour open lines of communication and exchange of ideas. A growth mindset is natural to this type of group, where by continuous learning and a proactive approaches are favoured. Asking questions and owning up to mistakes is also assimilated as part of the process. The varied backgrounds and uniqueness of each individual will act as a levelling factor and a shared sense of purpose will tend to prevail in order to minimise conflict.

As an architect, a male client once told me that having me as the project leader allowed the team to debate topics he wouldn’t have been able to pursue. I also know that running projects where a variety of experiences have been present in each one of the consultancies involved has helped us deliver better projects. A balanced team allows its members to open up and be honest about the problems in hand without having to worry about keeping up appearances.

Looking at gender in particular, we tend to overlook the fact that male-lead environments not only limit women. Men are often held to standards and stereotypes which are unhelpful when it comes to delivering increasingly complex projects. A diverse workforce sees flexible working arrangements become part of the overall resourcing strategy and available both to men and women, openness becoming a given and the blame culture, a known weakness of our industry, dramatically reduce.

The construction industry delivers multi-million projects each year and unquestionably, there are skills women bring to the table which help run those more efficiently and with less conflicts. It would, therefore, seem to be in the best interest of companies to actively seek their engagement.”

For more insight into Cristina’s thoughts on gender diversity, check out this content by Rajapack here.