Blogs » Wrightstyle talks preventing the growth and spread of fires 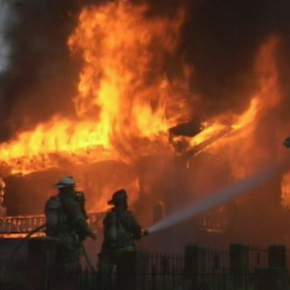 Wrightstyle talks preventing the growth and spread of fires

International steel and aluminium advanced glazing supplier, Wrightstyle, looks at how we can minimise the effects of a fire with the right compartmentation.

According to the International Association of Fire and Rescue Services (CTIF), in 2015, there were 3.5 million fires, 18,500 civilian deaths, and 45,000 civilian fire injuries. The median rate of civilian fire deaths per 100,000 was 1.1. CTIF claims that death by fire is one of the most common causes of death for children and young adults. However, the incidence of serious fire and fire fatalities is falling.

Most fatal fires occur in the home, often involving electrical failures or accidents when cooking. However, the human cost can be much higher in a commercial building or, as we saw so tragically at Grenfell Tower.

It’s why developed, and most developing countries, have fire regulations that should inform designers and developers on the necessary steps needed to minimise fire risk – although, understandably, poorer countries find it harder to police those regulations.

In order to create regulations, it is fundamental to understand how fire works – the relationship between fuel, oxygen and heat to create the chemical reaction that is fire. In technical jargon, the triangle of combustion then becomes a tetrahedron.

This is vital to understand, as it can help us understand how a fire spreads and what affects the spreading of a fire – from the type of fuel, to the furniture in the fire, to the building’s construction and ventilation. The removal of heat and its energy can stop the fire, as well as water to smother and suffocate it. But what is also needed is containment – to prevent the fire spreading from its original location.

Those protective barriers, often external curtain walling or internal glass screens and fire doors, should not only contain the fire in one discrete area, but also provide escape routes for the building’s occupants and safe routes for incoming firefighters.

This is where fire-resistant glass and glazing systems are so important, because modern steel systems are so technically advanced that they have overcome the limitations inherent in the glass itself. The biggest limitation of glass is that the temperature of a conventional fire usually disrupts the integrity of conventional panes of glass and so compromising the compartmentation of the building’s interior and allowing fires to spread.

As a fire escalates, the amount of heat produced can grow quickly, spreading like a predator from one fuel source to another – devouring materials that, in turn, will produce gases that are both highly toxic and flammable.

To make things worse, due to thermal expansion, these flammable gases are usually under pressure and able to pass through relatively small holes and gaps in ducts and walls, spreading the fire to other parts of the building. Heat will also be transmitted through internal walls by conduction.

As the fire worsens, and when unburned flammable gases reach autoignition temperature, or are provided with an additional source of oxygen – for example, from a fractured window – an explosive effect called ‘flashover’ takes place. Flashover is the most feared phenomenon of any firefighter and signals several major changes in the fire and the response to it – it show that the fire has now reached the end of its growth stage and that it is now fully developed as an inferno.

To avoid this situation, a building must thoroughly be assessed for fire risk, examined for its capacity to withstand a fire, and then compartmentation should be built in throughout the building, accordingly. For the glazed components, that should mean analysing the level of containment the glass will provide and its compatibility with its framing system. A slight error can make a big difference to a fire where every second counts.

Evacuation is further complicated by the length of time it takes for people to leave a building. That’s a worry for Wrightstyle, because at Wrightstyle they know of 90 minutes fire specifications that have been reduced to 60 minutes of fire resistance by the developer, or from integrity and insulation to integrity only, to stop fire but not radiant heat – even in larger commercial buildings, simply for cost reasons.

Wrightstyle says, for larger buildings, either commercial or residential, the minimum should surely always be 90 minutes.

There are many types of fire-resistant glasses currently on the market – and the ranges of products and sizes will continue to increase as the technology for combining glass and glazing systems develops. We’ve come a long way to meet the evolving design requirements of architects and the increasing stringency of building and fire regulations.

Simply, the glass and framing technologies now on the market mean that the impossible is now possible – even if some developers and contractors are now opting for cheaper fire resistant glazing options that we believe aren’t protective enough.