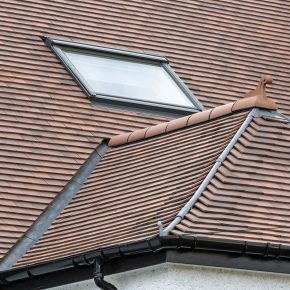 When architect Gordon Delgano wanted to refurbish his mid-terrace house in an architecturally distinguished area of Glasgow, it was the Rosemary Clay Classic tile he opted for.

Gordon commented: “The tiles were originally Rosemary directly fixed to timber sarking and, after more than 80 years, some tiles were slipping due to nail fatigue, so it was time to consider replacing. And I really wanted to replace it like for like.”

Together with Mark Cattanach of Rooftec (Scotland), he chose tiles in Light Mixed Brindle, having used them on a separate garage and kitchen extension in 2001.

Built in 1936, the three-bedroom house in Beechwood Drive overlooks the city but is fully exposed to the force of the prevailing south-westerly winds.

Gordon continued: “I knew from this that it would weather well and blend in with the surrounding area, which is important.

“The method of fixing is also very robust as the tiles are nailed onto cross battening  that is so dense and close that the roof looked as if it was yellow before the tiles were laid.”

Mark commented: “We prefer small format tiles because, when you’ve prepared the roof properly, it results in a stunning job at the end that is very robust and ideal for the Scottish climate.

“These houses are designed with these tiles to achieve a particular appearance so if they are re-roofed with a large format tile then it detracts from the character of the whole building in my opinion.” 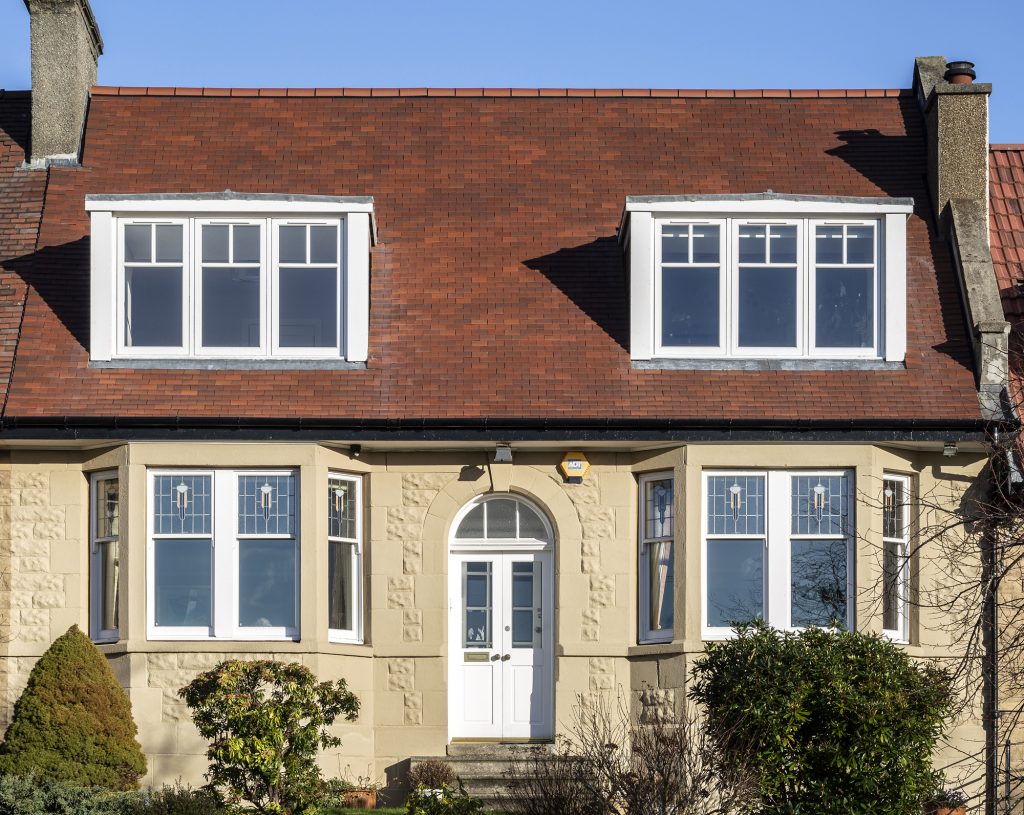 The first BMI Redland Rosemary plain clay tile was made back in 1838, the year of Queen Victoria’s coronation. Many of the tiles laid then are still very much in evidence on buildings nationwide, which is why contractors, architects and specifiers need contemporary versions to match.

Unlike its Victorian counterpart, the latter-day Rosemary Clay Craftsman Victorian has undergone a robust programme of testing, subjected to driving winds and high rains, by BMI’s engineers in the company’s wind tunnel.

The tiles will meet all the requirements of the current BS 5534: 2014 +A2:2018 Code of Practice for Slating and Tiling, providing they are installed in compliance with BMI Redland’s fixing recommendations.

Suitable for pitches ranging from 35o to 90o, these tiles are often used for restoration and refurbishment projects and for new-build developments linked to conservation areas, particularly since there is a suite of compatible accessories and components enabling the tiles to be laid on a variety of roof configurations.

Produced from the finest clays – Etruria Marl – Rosemary is offered in a range of weathered, brindled and single colours with both smooth and sanded finishes.

The BMI Redland Rosemary Clay Classic tile from BMI provides an exceptional solution to conservation and heritage restrictions and ensures that the building continues to blend in with its modern surroundings.