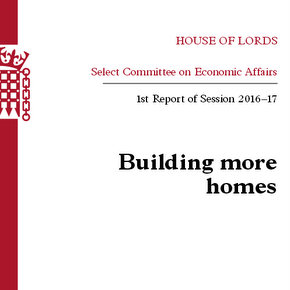 We must tackle housing crisis says House of Lords committee

Howard Chapman, Buildingtalk Editor, outlines details from a new House of Lords report Building More Homes that calls for a new target of 300k houses to be built each year to be achieved by enabling local government and housing associations to get back into the business of building homes. 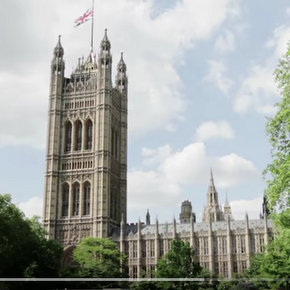 Building More Homes, a new report from cross-party House of Lords Economic Affairs Committee, criticises the Government’s housing policy and calls on them to lift its house building target by 50% and build 300,000 homes each year in response to the deepening housing crisis.

It says Local authorities and housing associations must be freed to build substantial numbers of homes for rent and for sale.

Local authorities should be free to borrow to fund social housebuilding as they are other building programmes. This would enable local authorities to resume their historic role as one of the major builders of new homes, particularly social housing.

The current historically low cost of borrowing means local authorities could make a large contribution to building the houses we need for the future. Further, the new Prime Minister has announced that the Government will abandon their fiscal target. This paves the way to increase local authority borrowing powers.

Local authorities should levy council tax on developments that are not completed within a set time period.

Maximise the use of public land

The Government must take decisive steps to build on the very substantial holdings of surplus publicly owned land.

Video sets out the key recommendations in the report. 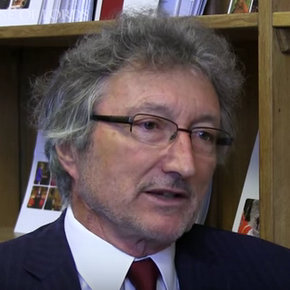 Lord Hollick, Chairman of the Committee:

“We are facing an acute housing crisis with home ownership – and increasingly renting – being simply unaffordable for a great many people. The only way to address this is to increase supply. The country needs to build 300,000 homes a year for the foreseeable future. The private sector alone cannot deliver that. It has neither the ability nor motivation to do so. We need local government and housing associations to get back into the business of building. If the housing crisis is to be tackled the Government must allow local authorities to borrow to build and accelerate building on surplus public land.”