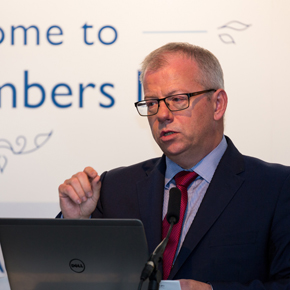 The collapse of construction behemoth Carillion has led Phil Pluck, Group Chief Executive at the GGF, to raise concerns regarding the protection of smaller companies in the mire of disintegrating supply chains and the jobs that may be axed with them.

The Glass and Glazing Federation has expressed its sympathy with local government and other bodies who have the job to deliver largescale build projects with the dwindling funding from the Government.

Pluck (above) claims this makes a race to the bottom in terms of procurement practice, as an ever-increasing number of big contracts are given out based on the lowest price.

“This is a poor, short term approach which causes companies throughout the supply chain to operate at almost impossible margins. The companies that the GGF represents operate to the highest standards of manufacture, supply and installation,” said Phil.

“As a result of short term procurement practices and Government’s fixation with cost savings, a clear risk has been built into major construction projects.

He praised the work of GGF members, with the membership collectively represents more than 30,000 jobs in Britain alone, but stressed a cost cutting approach to awarding contracts puts build quality, safety and jobs in jeopardy.

He maligned the fact no legal protection is afforded to people in the supply chain who are now victims of Carillion’s collapse, which could lead to further company failures and subsequent job and talent losses.

“A knee-jerk reaction comprised of Government rescue packages to selected companies is of no reassurance to GGF Member companies and does not allow them to plan for long term sustainability. A lasting negative effect on Government tax revenue would be the result,” he said.

“I urge the Government to assess the long term damage that short term cost savings creates and to take heed that Carillion may not be the last company to collapse as a result. There are other major supply chains also operating at near impossible margins.”