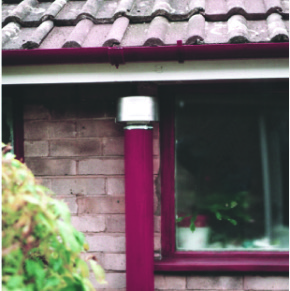 Clarity given for use of air admittance valves (AAVs) externally

Drainage ventilation expert Studor has issued clarification as to whether air admittance valves (AAVs) can be used for external applications.

Studor’s Maxi-Vent and Wavin branded OsmaVent 110 can both be used externally, as clarified by their most recent BBA agrément certificates which specifically refer to external use.

The BBA certificates verify that the AI rated valves perform from -20°C to +60°C in accordance with EN12380. However, an independent test found that the valves can operate in temperatures as low as -40°C without the insulating cap.

In addition, the valves are manufactured from an ABS plastic which includes a UV stabiliser to protect against any degradation effects from ultraviolet radiation.

To protect the units from wildlife and accidental damage, the certificates note that an aluminium cover and insulating cap should be used. Studor’s Alu Cover, which can be specified to match a particular RAL colour, can be purchased independently of the AAVs as needed and are easy to fit.

Another key benefit of using an AAV externally is that it allows a vent pipe to be terminated close to a window or other opening – removing the need for additional pipework to locate it further away. It can also improve the aesthetics of a building by allowing the soil stack to be terminated below the roofline, avoiding the need for the protrusion of an ugly vent pipe above the roofline.”

Studor has been selling AAVs for external use for more than 10 years, each comes with a lifetime warranty and requires no maintenance.