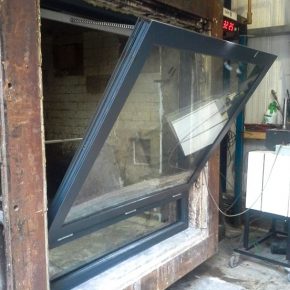 Compliance is compulsory not optional – a SE Controls article

This article from Martin Oates, Director of Global Sales at SE Controls, covers everything you need to know regarding compliance for the façade industry.

“It is now over two years since the tragedy of Grenfell Tower and fire safety rightly remains the primary focus for the construction industry.

This was further reinforced in June with the publication of the government’s proposals for reform of the building safety regulatory system, as part of the Building a Safer future initiative.

The Independent Review of Building Regulations and Fire Safety final report was presented to Parliament in May 2018, with many recommendations already being addressed, or existing policies better policed.

This was followed in December with the Building a Safer Future Implementation plan, which defined the key areas requiring attention, namely ‘making buildings safe’ and ‘overhauling the regulatory system’.

The importance of these documents and other regulations to the façade and envelope industries cannot be overstated.

Compliance is an absolute requirement, especially when designing, testing, fabricating and installing systems that are used for smoke control, which protect lives by keeping escape routes clear of smoke.

Fire and building safety regulations are by necessity among the most demanding and stringent parts of building design. While increased focus is now being placed on improving them even further, most of the key product legislation was already in place in advance of the Grenfell fire.

In June 2013 the Construction Products Regulations (CPR) was written into UK law, mandating into UK construction the CE certification of construction products that have a harmonised European Norm (hEN). Of course, life safety smoke ventilation products also fall into a key category, namely the EN12101 family of European standards.

Compliance to part 10 is easily policed as the entire control panel that contains the power supply is tested at an accredited test facility, to the annexes of the standard.

A CE compliance label is applied to the product and a Declaration of Performance (DoP) provided as proof of compliance to the CPR. The use of ‘CE marked power supplies’ for the power supply unit within a control panel however, is not enough as the entire panel has to be tested as a whole.

For EN12101-2 (SHEV’s) this is a more complex affair, as there are two constituent parts, the actuator and the ventilator itself. To comply, both products must be tested together to all annexes of the standard, as a single unit at an independent accredited test facility.

In addition, the vent must be manufactured under a third party audited FPC scheme, with the actuator either installed within this process, or on site.

If it is the latter, an audited process to ensure the detail is identical to how it was tested is also required. Once again, the only proof of compliance is the CE labelling on the product and the issuing of a DoP.

Comprehending these standards and their application, as well as their legality, has been somewhat confused within our sector, mainly due to a lack of awareness and inconsistent advice.

This is improving as the responsibility and impact of non-compliance and poor procurement are becoming clearer. Non-compliance does, unfortunately, still exist and in many cases without anyone knowing until there is an incident or when proof is requested.

We are seeing a huge increase in the correct policing of compliance via approved inspectors, such as NHBC and LABC.

Proof of compliance (the DoP) is being requested, with delays ensuing, often resulting in the activation of LAD clauses. Non-compliant windows used as SHEV’s are being removed on a regular basis with the façade contractor often having to replace them under impossible timescales.

SE Controls systems are of course tested and certified to EN12101-10, with a DoP produced. We also have an unrivalled portfolio of tests to EN12101-2 covering twenty-seven façade system companies, in addition to a national network of audited trade fabricators and installers.

As the DoP is produced by SE Controls, this removes the responsibility for placing it onto the market from the façade contractor.

We are present at both European and UK levels through our direct involvement in product standards and fire safety committees, ensuring that we are helping guide the industry and able to advise any client at any level or stage in the process.

One of the key outcomes of our activity in the UK is the implementation of the Smoke Control Association’s (SCA) third party audited IFC SDI 19 scheme for life safety smoke ventilation systems, which covers all aspects from design, through to product compliance and installation competency.

SE Controls was the first company to gain this accreditation, which should be a pre-requisite for procurers of life safety smoke ventilation systems. It is now a condition of membership for any company applying to join the SCA.

Additional initiatives include involvement in the updating of Approved Document B post the Dame Judith Hackitt independent review, and an updated clarification document of best practice for smoke ventilation within the high-rise residential sector.

As a direct consequence of our involvement with the regulatory environment and our complete commitment to compliance, we receive a wide range of questions from the façade industry. Some of the most common relate to regulations and product standards, so we’ve provided clarification on several FAQs below.”

– It is possible to install the actuators on site and certify, providing an audited process is followed, as many applications do not lend themselves to protecting the products in transport or on site. This is allowed within the CPR.

– A tested actuator installed to a tested vent cannot be compliant or certified, as they were not tested together. It is not ‘fit for purpose’ as a life safety product and responsibility of approving such a solution is not the responsibility of the Approving Authority. Responsibility lies with the company that placed it onto the market.

– prEN12101-9 (smoke and heat controls systems) is a provisional EN that is not harmonised, therefore not applicable under the CPR until it is harmonised.

– CE marking and EN compliance will be with us for at least two years regardless of the political landscape.

– CE marking is merely a vehicle for certification, so even if the UK adopt a different scheme, the tests that were carried out to comply to EN will still be valid for the new scheme (such as a UK mark for example)

All SE Controls’ façade systems and compliant tested solutions are hosted on the company’s website, which can be easily accessed once you have registered

To apply for registration to the systems that you represent or specify by heading to www.secontrols.com/register/

In addition, there is also a LinkedIn page for smoke ventilation compliance within the façade industry – click https://www.linkedin.com/groups/8766082/ for more.