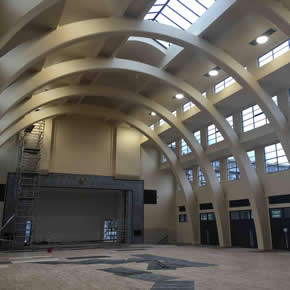 Every year, the Structural Concrete Award aspires to identify and reward pioneering structural concrete repair and refurb solutions, which have tackled difficult engineering challenges with knowledge and technology.

Sika’s restoration of London’s Popular Baths is among the shortlisted projects (pictured above).

The Grade II Listed building, which is owned by Tower Hamlets Council, suffered chloride-induced cracks across its surface; due it its severe condition, it was listed on English Heritage’s at Risk Register.

Sika provided the necessary materials for a programme of concrete and structural repairs to ensure the former public baths could be transformed into a leisure centre, as planned. The concrete repair system and protective coating works were delivered by APA Concrete Repairs, in conjunction with the English Heritage and the project’s main contractors, Guildmore. 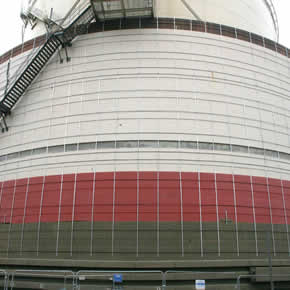 The second shortlisted project comes from CCL, which provided upgrading and strengthening work at the National Grid’s Isle of Grain site, based near Rochester (pictured right).

The company delivered a solution to replace the existing restrainment system to the outside of the concrete bund walls, surrounding the 50,000m3 liquid gas steel tanks on the site. The walls have been designed to provide secondary containment, in case a rupture should occur.

CCL was tasked with designing special anchors, capable of detaining bursting forces of 223 tonnes each. The solution included the safe detensioning of the existing wire from around the bund wall, for which the company used a post-tensioned assisted strap restrainment system.

Defective concrete areas were repaired with a polymer-modified mortar and fairing coat; a cementitious coating was applied in the rebates.

VolkerLaser’s refurbishment and strengthening of the Woodhouse Tunnel in Leeds is the final shortlisted project (pictured below).

The project, which entailed two years of nightshifts to keep public disturbance to a minimum, involved a combination of concrete repair, strengthening by reinforcement addition and the introduction of galvanic anodes in the repaired concrete.

The company was also responsible for applying sprayed concrete to large areas of repair, traditional formwork and reinforced concrete construction of wall thickening, which involved drilling and dowel fixing to tie the new construction to the existing walls. 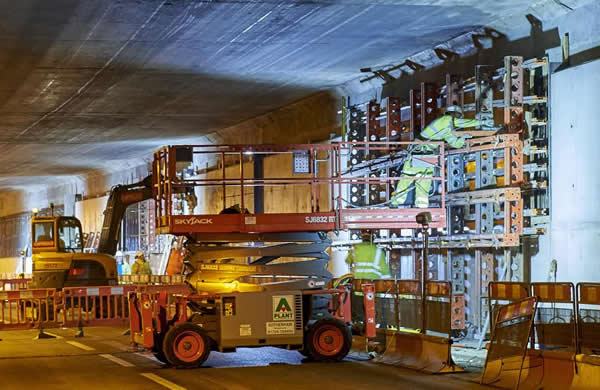