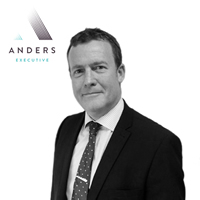 Construction businesses are leading the way on energy efficiency

GUEST BLOG: Phil Foster, CEO of Love Energy Savings looks at how construction businesses across the UK are helping the environment and their own bank accounts through sourcing more sustainable materials to be used during construction and switching their business energy tariffs.

Energy prices are continuing to rise for businesses and homes across the country and, as an industry that is a large consumer of energy, those working in construction will certainly feel the squeeze. With no real way to avoid using up energy, along with the added pressure on the UK to meet its ambitious targets of slashing greenhouse gas emissions by 80% by the year 2050, its no surprise that energy efficiency is a top priority for those in the building trade. And while everyone is being encouraged to do their bit, it appears that businesses are shouldering a lot of the burden.

The Chancellor of the Exchequer, George Osborne, delivered his emergency Budget to the House of Commons in July, and although the subject of energy was not explored in depth, one rather significant announcement was made. During his speech, the Chancellor confirmed that the Climate Change Levy would be scrapped. The Climate Change Levy was introduced as a tax exemption incentive for businesses if their energy came from renewable sources, whereas those who sourced their energy from fossil fuels had to pay the fee. The removal of the Levy now means that both fossil fuels and more sustainable energy will incur the same charges.

This Levy was applied across all sectors and businesses, giving them a reason to become more energy efficient. But with the scrapping of the Climate Change Levy and the well-documented rise of energy prices, its no wonder that businesses have been exploring new-fangled ways of curbing their energy consumption. But has it been worth it?

The Department of Energy and Climate Change recently released a new report which unveiled some truths regarding the UKs energy consumption. As expected, transport is the largest consumer of energy in the country, however, the more surprising announcement was that domestic usage had the second highest rate at 27% and industry was third with a usage rate of just 17%.

Many people may have automatically assumed that businesses would have consumed more energy, but these figures negate that view completely, instead showing that industry is in fact leading the charge when it comes to energy efficiency. Its clear that construction businesses across the UK are taking it upon themselves to help the environment and their own bank accounts, whether its through sourcing more sustainable materials to be used during construction, switching their business energy tariffs or greenproofing their rest areas and washroom facilities.

If the Climate Change Acts targets werent enough, along with their immediate target of a 34% reduction in greenhouse gas output by the year 2020, the Energy Performance of Buildings Directive has also cranked up the pressure on construction firms, as it stipulates that all new buildings are to be nearly zero energy by the end of 2020.

Along with the incredibly good news that industry and businesses are leading by example when it comes to energy efficiency, it also appears that the future is bright for the development of green energy, which can only mean good things for the construction industry.

According to statistics released last year by the UK Green Building Council, the construction and maintenance of buildings and other structures is responsible for around half of UK carbon dioxide emissions. The figures also showed that approximately half of the UKs carbon dioxide emissions came from fossil fuels being consumed by the construction industry. However, builders must overcome new challenges in their quest for eco-friendliness.

One of the largest parts of the Chancellors Budget speech on the subject of energy was the announcement of cuts to subsidy schemes that supply solar panels, as well as plans to rein in funding for onshore wind farms earlier than originally planned. Despite these cutbacks, solar power actually experienced significant growth last year. In 2014, the UKs solar photovoltaic capacity experienced a growth of 89% due to the Renewables Obligation, which encouraged a high rate of solar panel deployment. Cheaper and easier access to solar panels is one of the main ways that energy efficiency standards can be improved, as it works on all levels, from huge solar farms to panels on house roofs. The construction industry will play a huge part in the deployment of these measures, as they will be responsible for the installation and maintenance of these panels.

Working towards greater energy efficiency and upping our use of renewable sources brings with it a whole host of benefits, the biggest of which is that energy prices will eventually become much cheaper. An extraordinary amount of our fossil fuels are bought from foreign countries and then transported over. This, along with the fact that oil and gas will eventually run out, is slowly but surely driving energy prices higher and higher. These sources of energy cost far more than wind or solar power, something which Britain has plenty of.

Its only logical that if we as a country use less energy, then less will have to be produced. This, along with an endless supply of clean and non-polluting energy, will result in cheaper prices. No doubt there is still a long way to go until 100% of our energy comes from the sun or a brisk summer breeze. But until that point, perhaps it is time we all, from everyday homeowners to owners of construction firms, took steps towards cutting our energy usage, even if we can only manage one small change at a time.

Phil Foster is the CEO of Love Energy Savings. He has always had a strong desire to support UK businesses, helping them to make much needed savings on their energy bills. With that in mind, he created a business energy comparison service to help business owners not only improve their profits, but also save valuable time in the process of comparing and switching suppliers. Advocating energy efficiency and awareness of energy usage, alongside tariff comparison, he is committed to helping businesses save money so they can continue to grow.