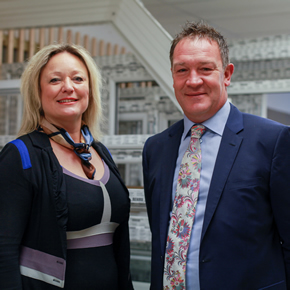 A recent report has revealed that construction business leaders and professionals are optimistic for the industry’s future, despite Brexit-induced economic uncertainty.

The State of the Economy and Construction Market Report 2016 offers an insight into the current construction market and underlines the industry’s expectations for its future. The report is based on a survey, which was answered by 15,000 architects, housebuilders and home improvement professionals.

The survey, which was conducted by Newview Windows & Conservatories and managed by Insight Data, questioned respondents on the economy and its prospects: whilst 21% were optimistic and predicted improvement, 48% expect it to worsen this year. The remaining 31% believe it will remain the same.

38% suggested that the growth of the construction market will slow this year, against the 31% that believe growth is likely.

The majority of those questioned blamed Britain’s recent exit from the European Union for stifling short-term expectations and producing a higher level uncertainty in the industry and the economy overall.

When asked how confident they were in the growth of the construction industry over the next five years, 52% replied with ‘very’ or ‘somewhat’ confident. Over half of those surveyed predicted that the retrofitting and refurbishment market will drive growth the most; this could be in response to slowing growth within the residential market.

Overall, respondents had a positive outlook on their businesses’ performance going forward: 58% predict an increase in profits, whilst 62% forecast an increase in sales.

The report suggests that, despite the initial uncertainty within the economy following Brexit, there is still a willingness to invest in construction markets. The longer lasting impact of Britain’s exit from the European Union remains to be seen; however, construction professionals and business leaders remain, for the most part, optimistic.