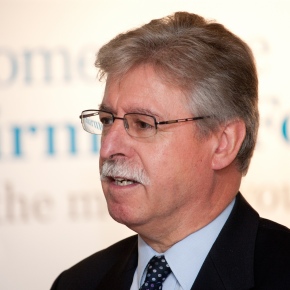 The GGF’s Consumer Code of Practice was approved by the CTSI Consumer Codes Approval Scheme in February 2016, and the GGF and its consumer facing Members have made huge strides in the last 12 months.

302 member companies and 570 retail outlets in the industry are now part of the GGF’s Consumer Code and the GGF’s new consumer website MyGlazing.com attracts more than 150,000 users and had an estimated 28m readers in 2016.

In addition, GGF provides better consumer protection with an improved Deposit Indemnity Scheme and a more efficient and higher profile Conciliation Scheme. The Glazing Arbitration Scheme also has been introduced to dispute resolution option in the event of the GGF Conciliation Scheme failing to resolve an issue between a consumer and a GGF Member company.

GGF’s Director of Home Improvement, Brian Smith said that the twelve months since the GGF Consumer Code was approved by Trading Standard have demonstrated that it has been worthwhile and so far only one member has been expelled for breaching the code.

CTSI’s consumer codes and business education expert, Adrian Simpson added that CCAS members such as the GGF are committed to delivering high levels of customer satisfaction and engaging in dispute resolution, if something goes wrong.

Baroness Christine Crawley, chair of the CCAS board explained that customer standards are driven up and overall customer trust is raised as a result of being part of an approved code of practice. He adds that using an approved code member provides protection above and beyond normal consumer law rights.