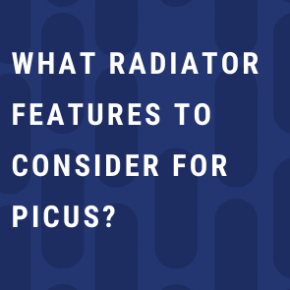 Contour: What Radiator Features to Consider For PICU?

This article looks at things that make Contour’s radiators some of the safest radiators for Psychiatric Intensive Care Units (PICUs), minimising the risk of ligatures in them. 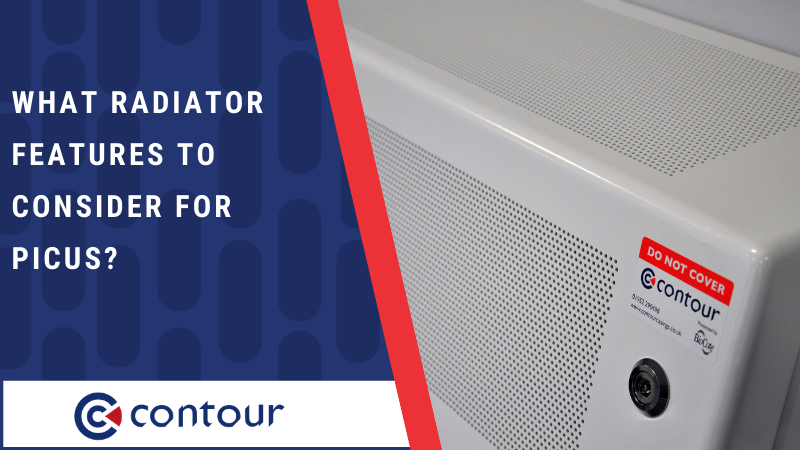 One of the most obvious factors that could be dangerous to service users is the temperature that a radiator gets to. NHS Estates Health Guidance Notes 1998 states that surfaces that reach higher than 43oC can lead to serious injury, this is especially poignant in PICUs when service users may be vulnerable or wanting to cause harm to themselves.

That brings us to low surface temperature radiators (LSTs).

While LST radiators are a great solution to the problem of surface temperature, this feature alone doesn’t warrant a safe environment. More radiator design features have to be considered to ensure the safety and wellbeing of service users and staff.

With PICUs offering more independence to services users when compared to other psychiatric wards, home comforts are more apparent to ensure an ‘as close to normality’ setting for them. This includes things likes allowing mobile phones and the ability to participate in arts and craft.

The larger amount of independence goes as far as allowing service users to manage their own comfort levels by having access to the radiator valves within the PICUs.

However, with service users at high risk of inflicting harm upon themselves, the thermostatic radiator valves (TRVs) must be designed to prevent them being used as a ligature point.

Contour’s anti-ligature radiators with TRVs feature a back-to-wall shroud casing without losing any ability to regulate temperature. Fully enclosing the valve and secured to the wall with anti-pick mastic, the risk of a ligature point being created is dramatically reduced, while service users are still granted radiator control.

Grilles on radiators and radiator covers are potentially the most dangerous parts for a PICU service user. Too large and they can be used as a ligature point, too sharp and they could be used to inflict harm.

Contour’s PICU radiators eradicate these problems by having the grilles tested to IP3x standards by a UKAS accredited laboratory. With a design including 2mm holes punched directly into the radiator guard, Contour radiators are certified to protect against anything greater than 2.5mm being inserted into the grille.

This means that not only does it reduce ligature risks, but with such small grilles the risk of service users storing contraband in the radiator is eradicated.

Sharp corners are the silent but deadly threat of all mental health and PICU environments. Even the smallest, most hidden sharp corner could enable a service user to cause serious harm to themselves, or damage it to a point where a weapon could be created.

Contour’s extensive range of LST and anti-ligature radiators all feature rounded, bull-nose corners which dramatically minimises the risk of injury being inflicted on a service user or a PICU staff member.

Not only this, but rounded corners are also much stronger than sharp ones, making bull-nose cornered radiators more difficult to damage; damage that a service user could create to injure themselves or create a weapon.

When you are given the task of updating or sourcing heating units for PICUs, it is essential that you consider all the above, an LST radiator alone isn’t enough, it must also include all the above features all of which can be found in Contour’s product range.

If you are looking for laboratory tested IP3X grilles, anti-ligature TRVs and rounded corners for your low surface temperature radiators, then you’re in the right place.

This article looks at things that make Contour’s radiators some of the safest radiators for Psychiatric Intensive Care Units (PICUs), minimising the risk of ligatures in them. Low Surface Temperature Radiators One of the most obvious factors that could be dangerous to service users is the temperature that a radiator gets to. NHS Estates Health Guidance[…]