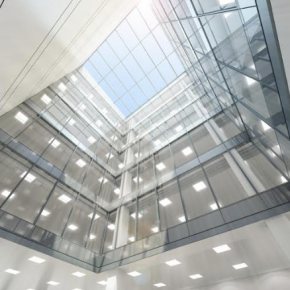 Designing in light: a Wrightstyle article focusing on civic architecture

“Civic architecture is all about creating buildings that engage with their communities. It’s about creating places and spaces in which we are able respond positively to our surroundings at a human level.

“That process of civic design, as with all architecture, is about balancing form and function in a complete building that looks good from the outside and performs well on the inside. To do that it needs one magic ingredient: light, both natural and artificial.

“The use of light is fundamental to the architectural process, because it’s also fundamental to us, and how we see the world. Some 80% of information reaches our brains via our eyes.

“We respond to light and colour in a psychological way that then affects us physiologically, because it helps us make sense of our surroundings.

“Architects and interior designers now more fully appreciate the importance of light in their designs, particularly for public buildings such as schools and hospitals where there exist particular duties of care, and companies such as Wrightstyle have worked closely with architects to develop glazing systems to realise evermore ambitious design requirements.

“It’s not just about making civic buildings lighter and brighter and cutting down on electricity bills – important though that is. For example, a recent European healthcare study found that, “the quality of the visual environment has a positive effect on the occupant’s feeling of well-being and in the case of hospitals this can affect staff performance and patient recovery…

“For those reasons it is essential to consider lighting at the early stages.” 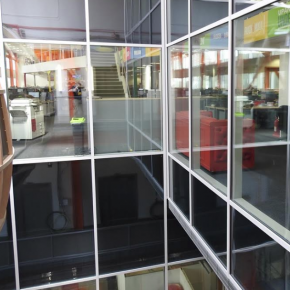 In a survey, 86% of directors of nursing said hospital design was ‘very important’ or ‘important’ in relation to the performance of nurses, the most crucial aspect being the design and organisation of the hospital environment.

Over 90% of nurses and all directors of nursing believed that there was a significant link between recovery rates and a well-designed environment.

Another report from a hospital in Pennsylvania compared patients whose rooms had windows looking over natural landscapes with those looking onto a brick wall.

A summary of various research papers into the value of light in healthcare facilities was published by the Center for Health Design (2006). 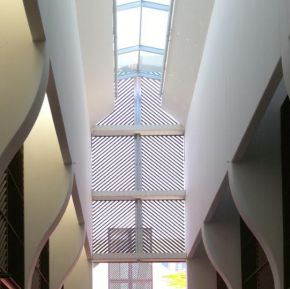 The same can be said for educational facilities. A UK study on the relationship between pupil performance and the built environment found test scores in well-designed buildings were up to 11% higher than in poorly designed schools.

One study at a middle school in London showed clearly the pupils in the classroom with more ambient light both felt better and worked harder.

They had lower levels of sleep hormones and were therefore more alert during the darker months of the year. They also achieved better school results in mathematics, reading and writing throughout the entire school year, and this improvement was particularly noticeable during darker parts of the year. 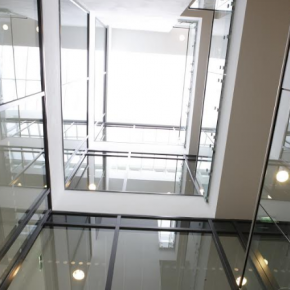 “The trouble is that public sector design has traditionally been primarily influenced by cost, with many public buildings built on criteria of lowest-price utility – rather than as places to inspire.

“However, the Royal Academy of Engineers, in a paper entitled The Long Term Costs of Owning and Using Buildings, showed that increasing cost to a building’s envelope has an almost infinitesimal effect on lifetime costs – and, in perhaps making energy efficiencies, could actually achieve long-term savings.

“Using a lifetime cost approach can change perceptions of what civic buildings can be about – whether those buildings are social housing units, a school, hospital or railway station.

“It’s about putting us at the centre of the equation, and constructing buildings that add soul and imagination to the built environment.”

It has inspired such buildings as the Jubilee Library in Brighton, the Tate Modern in London, the Baltic in Newcastle and the City Learning Centre in Bristol, using public funds to create inspirational and regenerative places at the heart of our communities.

“By working closely with designers, we’ve developed innovative solutions for all kinds of civic spaces – from shopping centres in the UK and Hong Kong to hospitals in London and Saudi Arabia, and from several Crossrail stations and King’s Cross station to major transportation projects in Dubai and Hong Kong.

“We’ve also gone further, developing and testing highly specialist systems that can withstand a lorry bomb attack – which are now installed in sensitive government and other buildings both here and overseas.”