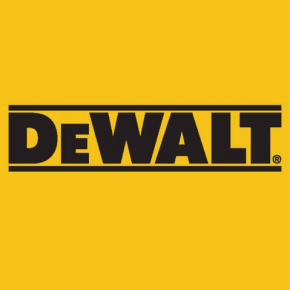 In a time when many want the UK’s strong manufacturing heritage to be revitalised, DeWalt is investing in plant and people at its Hellaby manufacturing and assembly plant in South Yorkshire.

As part of its ongoing ‘Make Where We Sell’ campaign, the company has selected the location as the lead global production and assembly plant for two key products.

It has resulted in substantial investment into both the plant’s facilities, as well as the creation of enhanced career opportunities for the local community in and around Rotherham.

Following a major overhaul of the plant’s assembly layout, the two new assembly lines were created last year – the dedication and expertise of its workers has meant that within six months, each line is already producing outstanding results.

A DeWalt combi drill is now assembled every 62 seconds at Hellaby, while results for the impact driver are even better, as a new one is created every 45 seconds.

With more than 140 parts used for the assembly process across the two products, it is an incredible feat of planning, logistics and teamwork.

Extensive testing, including a 15-step application based reliability (ABR) process through the assembly, supports the quality-driven approach witnessed throughout the entire plant.

It guarantees every DeWalt product leaving the factory has passed a number of strict performance tests to meet the Guaranteed Tough status.

As well as facilities, DEWALT has also invested in the staff at Hellaby. Prior to the new lines starting production, existing staff from the site were chosen to travel to the Czech Republic to be trained on the new assembly lines.

They were then charged with training fellow workers and overseeing the line’s performance once they were up and running.

Chief among the trainers was Leslie Wood – she commented: “I have helped to train everyone on the new line and my main objective is to ensure that all staff fully understand that quality is everything.”

John Steel, Plant Manager at DeWalt’s Hellaby site, commented: “DeWalt’s UK investment into the two new strategically important assembly lines is testimony to the skills and dedication of our workforce.

“Every staff member takes great pride in creating DEWALT products which go on to represent the UK in markets across the globe.

“The fact that existing staff were given the opportunity to undergo extensive training abroad and then bring back their newly acquired knowledge to share with their co-workers, means our staff take real ownership of their roles and responsibilities.

“On a daily basis, they demonstrate great pride in the work they carry out. This certainly helps to maintain the high standards we are seeking.

“Our teams employ a variety of skills such as precision assembly, electronics assembly, software upload and testing, as well as quality control – all of which go into creating the quality products for which DEWALT is famous.

“The success of what we have achieved so far could well help to bring other Dewalt products to the UK for assembly, which would be great news and open up even more employment opportunities and further expand the site here at Hellaby.”