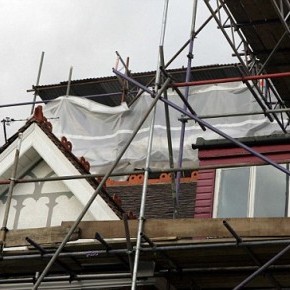 Disputes and the Party Wall Act

Neighbourly disputes can be an emotional, stressful and costly side effect of altering a property. The Party Wall etc Act 1996 was introduced to mitigate loss on both sides, but it has recently taken the brunt of criticism from the press.

Labelled as mindless bureaucracy aimed at stalling neighbours from building, some mainstream newspapers have called the legislation ‘a rip-off’.

The Party Wall Act has existed, in one form or another, for decades and during that time has helped to keep neighbourly peace. It can seem confusing, but the principle is very simple:

Anticipate any conflicts that could arise when someone carries out building work next to someone else’s land, and protect both affected parties.

It’s important to remember why the act exists — to minimise disputes. How can something intended to end disputes between neighbours, a piece of legal legislation designed to protect property owners, be the cause of dispute?

The Party Wall Act is widely agreed to be very sound legislation, having generally resolved issues over party walls; however, it’s now 20 years old. There are new building trends emerging, especially in London, where the London Building Acts that led to the Party Wall Act were born.

Once, loft conversions were all the rage. Now, basement excavations have seemingly taken London by storm — and appear to have generated the most complaints against the Party Wall Act.

Astronomically high land prices in London have led growing families to stay put and expand their homes. With loft conversions already in place and relatively little garden space to build upon, the only other option is to dig downwards.

Basement construction is a very different affair to building on boundaries or shared walls, but it still falls under the remit of the Party Wall Act, because there is the potential for damage to shared structures.

Horror stories of basements going unfinished, partial collapses and major disruption to neighbouring properties have led to adjoining neighbours asking for security deposits to be provided by the neighbour intending to build.

While not always required or advised, a security deposit is an adjoining neighbour’s right under the Party Wall Act. It’s held and paid back after work is completed — unless something goes wrong.

It seems completely fair on the face of it, especially when you consider that damage caused during a neighbour’s build is not covered by buildings insurance. However, many feel that home expansions are being held to ransom by neighbours, who are demanding unreasonable security deposits purely to cause delay.

Perhaps, in the complex and constrained world of basement development, different legislation is required. Is this where reforms to the Subterranean Development Bill, which are yet to be given royal assent, could save homeowners and their adjoining neighbours?

The answer is: maybe.

The SD Bill (as it’s being called) could be taken as a self-serving implementation for the House of Lords, many of whom are known to own properties in the affluent areas worst affected by ‘basement ransoming’.

On a hopeful note, the Pyramus and Thisbe Club, the learned society that spearheaded the Party Wall Act, has formed an advisory panel to consider the SD Bill, a clear sign that the industry is ready to move with the times.

This article was written by specialist London-based party wall surveyors, The Hopps Partnership.