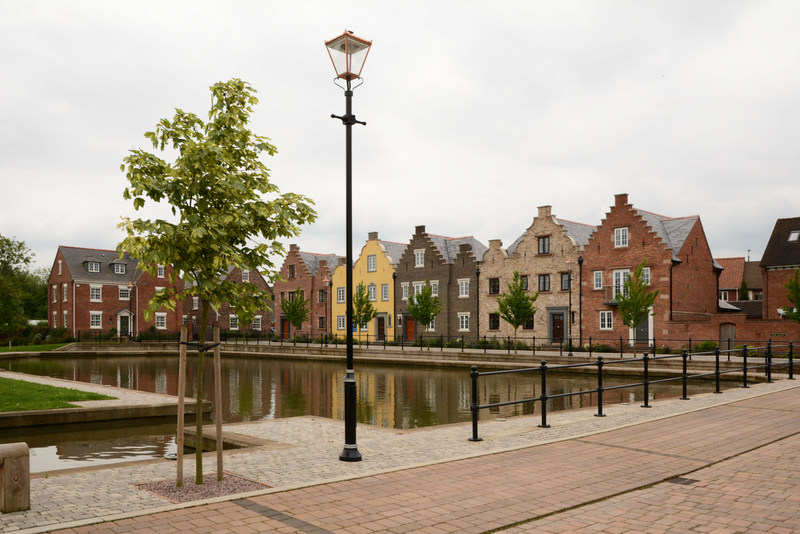 Waterside is a private development around Mount Sorrel Staithe, a 32-berth inland harbour in Leicestershire, built in the style of traditional 19th Century Dutch village but with modern open plan living and energy-saving features.

The Dutch influence is particularly evident in the terrace of five individually designed homes, directly facing the Staithe, which form The Quay.

Slightly imperfected bricks were weathered prior to use in Ibstocks rumbling machine, and then coupled with a sharp sand and lime mortar for a more individual aged appearance.

The mixture of rich brick colours is broken, throughout the site, with coloured renders and roof tile, successfully capturing the distinctive and unique village aesthetic of Holland in times gone by.

The judges agreed the project has been carefully considered and is a sophisticated attempt to redefine estate housing.

The space between the houses is as important as the buildings and its considered approach has created a real sense of community and belonging.