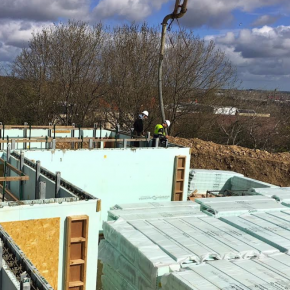 Waterproofing products supplied by Triton Systems have been used to waterproof eight, eco-friendly, new build homes, which feature panoramic views across the coastline and city of Sunderland.

Triton’s Area Manager, Malcolm Cook, recommended the use of Triton TT Admix to deliver a Type B waterproofing solution, which would provide a quick and simultaneous method of waterproofing and construction. 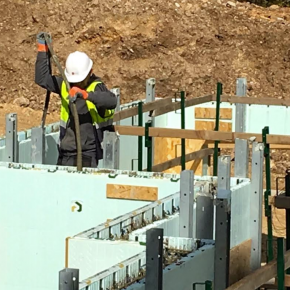 The product was used at the time of batching for all concrete in the slabs and ICF walls. The water-resistant concrete was then vibrated until all voids were eliminated. As part of the TT Admix system, pre-formed Triton TT Waterstop and Triton TT Swellmastic S2 hydro-reactive expansion sealant were also used to seal the construction joints.

When TT Admix is added to the concrete mix, its active chemicals react to generate a non-soluble crystalline formation which seals the concrete itself against the penetration of water or liquid, whilst protecting it from the deterioration effect of harsh environmental conditions. 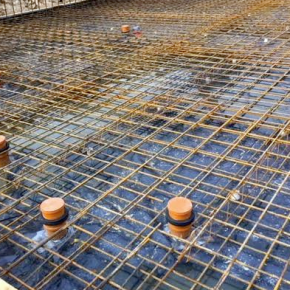 Other benefits include it being able to withstand extreme hydrostatic pressure and reduced shrinkage and cracking.

The active components of the TT Admix are reactivated within the cured concrete, in the event of minor cracking or movement occurring when water is present. 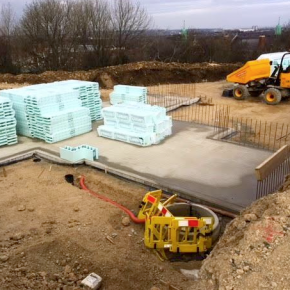 Triton TT Vapour Membrane was then sprayed to the ICF formwork as the primary waterproofing layer. This Type A waterproofing system is a ready blended coating that provides a Methane and Carbon Dioxide barrier once cured.

It can be retro-applied to concrete, masonry and brick substrates or used instead of sheet membranes in new construction.