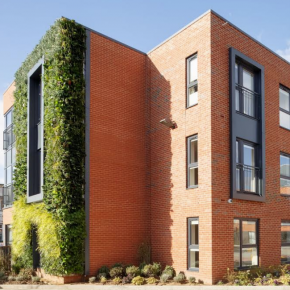 Orbit Commercial Director Adam Cooper said a ‘significant amount’ of money had been saved, with no compromise on the specification or design.

Work began in January 2016 with the demolition of a disused office building, with construction of the foundations commencing in May the same year; the first tenants are due to move into their new homes in September this year.

The building is clad in a mixture of curtain walling and green wall, sections of planted walls which will be automatically fed and irrigated. 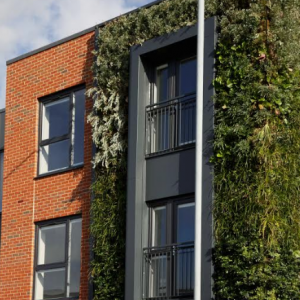 The Modus windows, supplied and installed by Unique Window Systems, are tilt-and-turn so they can be cleaned internally, avoiding the potential hazard and traffic issues of accessing them from the elevations by two busy roads. 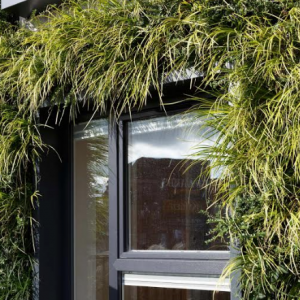 “We did not need to increase the specification for the windows: the existing specification from Eurocell provided the level of acoustic protection that we needed,” says Adam Cooper.

Coming with a 12-year guarantee, the Modus system comes in nine solid and woodgrain-effect colours, all available with white internal finishes to create a light and airy living environment.

A further range of over 40 solid and woodgrain effect finishes is available, including colour both sides.

BBA-certified to function satisfactorily for over 35 years, the Modus range achieves outstanding thermal performance, due to the 75mm six-chamber profile system used.

This also enables the Modus range to achieve a U-value of 0.7 by installing triple-glazed units.

This led to Modus becoming one of the very first systems to achieve the BFRC Window Energy Rating (WER) of A++.

Comprising of 50% post-consumer recycled PVC-U as standard, Modus possesses a smaller carbon footprint than products made or recycled outside of the UK.

Additional budget gained from savings on the window costs has seen an upgrading the flooring material. Ceramic wood-effect flooring has replaced linoleum, providing a longer life and lower maintenance costs for Orbit.

To simplify specification, Modus BIM models can be downloaded free of charge from the Eurocell website: http://www.eurocell.co.uk/bim