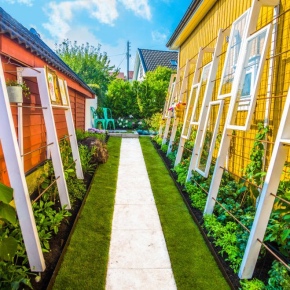 EverEdge Classic steel edging has recently been used for two projects to create raised beds to grow fruit and vegetables.

In Norway, the EverEdge Classic range was used as part of the solution for a narrow alleyway between two buildings, which up until now, had been used as a dumping ground as the space was seemingly unusable. 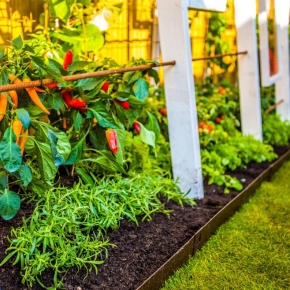 The client knew that as the area was south facing it could be put to better use. Therefore, two raised beds were created with a path running through the middle which would lead up to a small, secluded seating area.

This project is an example of where less is more with the client deciding to use 100mm high brown EverEdge Classic to create a minimalist edge which would allow him to maximise his growing area. This once unused space has been transformed into a glorious vista of colour and delicious vegetables. 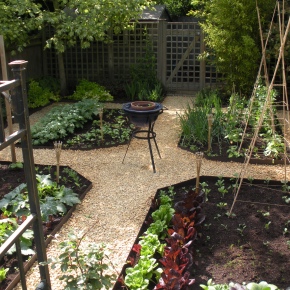 EverEdge Classic was used on another very similar patch of rough, unused land that was going to waste. The client decided on a simple gravelled area with a number of raised beds made from 125mm H EverEdge Classic.

The client can now grow an assortment of different vegetables and make use of a garden that was previously unused.