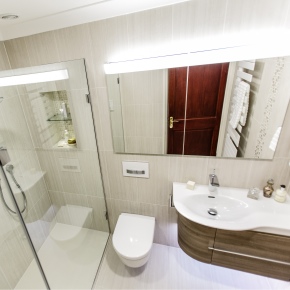 The 2016 Geberit Awards winners have now been announced, recognising talent in the industry and commitment to producing work of the highest quality.

This year judges had a hard task with the extremely high standard of nominations making it difficult to separate some of the most stand-out entries in each category.

Due to his exceptional workmanship, Jonathan Terry was nominated by Taylors Etc. in Cardiff and scooped the title of ‘Best Domestic Bathroom Installer’. Geberit Awards judges agreed that Jonathan Terry paid attention to detail on one particularly complex install and his impressive installation practice has resulted in a very neat finish.

Steve Phippard of ASP Plumbing scooped second place in this category and Mark Fowdon of Studio One South West coming a close third. 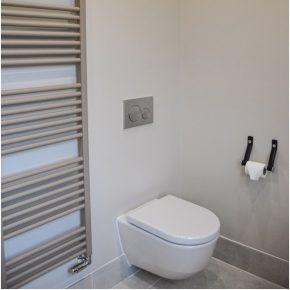 The ‘Best Installer Team’ category showcased the very best examples of how teamwork pays off. Sanctuary Bathrooms took the top spot after particularly impressing the judging panel with their work installing a master en-suite incorporating Geberit products to wall-mount the sanitary ware and maximise on space. Judges praised the high standard overall finish and the team’s keen eye for detail.

Derek was praised by Geberit Awards for completing the project to exacting timescales and managing to halve their initial installation time from eight weeks to four weeks. He was also praised for his care and attention to the individual stages of the installation – making this a stand-out entry. 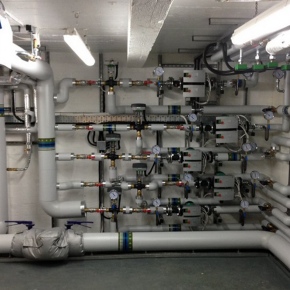 Mark Griffiths, who used Geberit Mapress for the efficient installation of a twin air source heat pump system, took second place for ‘Best supply Systems Installer’ due to exceptional commitment to the job. Following in third place was Christopher Flaherty of Vietec Heating, again after Geberit Mapress was the piping solution of choice for Christopher when fitting a new heating system in London.

A cheque for £1,000 goes to the overall winner of each category and a Makita Drill Set and Radios for runners up.

Raffaela De Vittorio, Geberit Marketing and Brands Director, commented on how each of the winners and runners up has clearly demonstrated how Geberit products can be utilised to their best effect. He also praised installers for taking pride in their work and for always striving to achieve the very best.