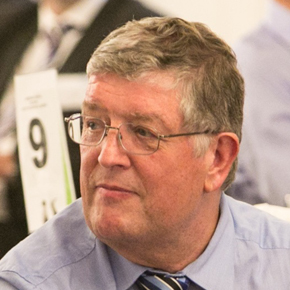 The Glass and Glazing Federation (GGF) has called for more flexibility for consumers and installers to help simplify and improve the Green Deal scheme in the future, following a recent consultation into its reform.

The GGF stressed the underwhelming number of glazing installers involved in Green Deal was likely a consequence of a costly and resource intensive accreditation process.

Further, the response stated the finance available to consumers under the scheme was regularly not enough to purchase glazing products together with other measures.

With the new Each Home Counts (EHC) framework expected in 2018, the GGF advised installers should be exempt from the need for formal Green Deal status, if they are able to prove membership of a recognised certification scheme, which may include approved status under EHC or a UKAS accredited certification scheme.

The GGF said these reforms would mean installers could swerve additional red tape, allay confusion amongst consumers and support the Government’s objective to simplify the Green Deal, whilst furthering its support of the take up of more energy efficient home improvements.

In addition, the GGF called for improved consumer access to the newest and most effective energy efficient measures, which will mean regular reviews of accredited measures under the Green Deal.

This would feature higher standards of glazing (including triple glazing), and bring in more transparency between the roles of Green Deal assessors and providers; to guarantee greater consumer confidence regarding the impartiality of the advice they are provided with.

GGF Director of Home Improvement, Russell Day (above photo), said: “The plans to simplify the framework are a welcome first step to improving Green Deal. Like many, the GGF was disappointed the Green Deal did not materialise into the scheme that was first hoped.

“Feedback from our members has shown that the complexity in gaining Green Deal accreditation dissuaded many installers from registering with the scheme and flaws within the Golden Rule discouraged many consumers from installing replacement windows or glazing using Green Deal Finance.

“To support the consumer, the Government should look to increase the amount they can borrow.”