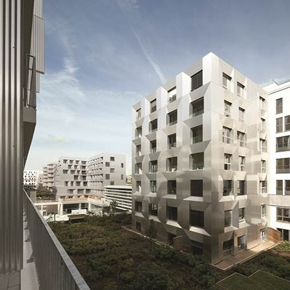 Reynaers has played a part in the redevelopment of Paris’ MacDonald Warehouse horizontal skyscraper as part of The Grand Urban Renewal Project; an effort by to inject life into neglected areas of the city that are cut off by industrial facilities and infrastructural networks.

Commonly known as the ‘Macdo’, the MacDonald Warehouse was designed in 1970 by Marcel Forest and earned its nickname of ‘the horizontal skyscraper’ due to its unusual 600 metre length.

A series of bespoke glazing systems developed by Reynaers were specified for the Macdo’s redevelopment, specifically lots N5 and S6 of the design. 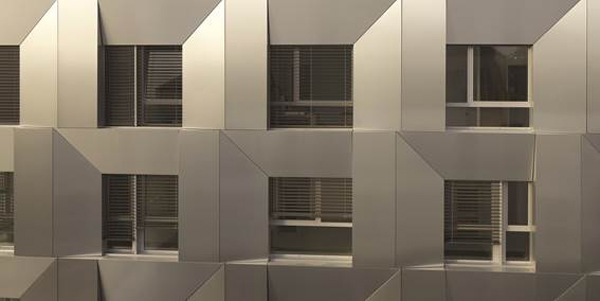 The CF 77 glazing system, chosen for its combination of high insulation and aesthetic appeal, was integrated within the rhythmically extruded, pleated façades of the building. The glazing system’s folding elements, with hidden gaskets, create a clean and sharp appearance, proving both efficient and visually appealing for ceiling-high, foldable doors.

The CF 77 was installed within the Macdo’s pleated façade, designed by FAA and XDGA, which wraps around the entire ground floor, the bridge building across the tramline and the exterior spaces and two blocks of assisted rental housing.

A key part of the renewal project was to open up the area to make it less isolated and more accessible, a concept known as Desènclavement, whilst also respecting the building’s heritage and enhancing it with contemporary elements.

A tidy north façade was created overlooking the boulevard, whilst the colourful south façade looks out over a new train station and gardens.

The residential areas were divided neatly into private and social housing, with no visible distinctions between the two. The €240 million MacDonald Warehouse development offers more than 1,000 homes, expansive space for offices, shops and communal activities, in addition to two schools, a gymnasium and a bank across 210,000 metres squared of floor space.