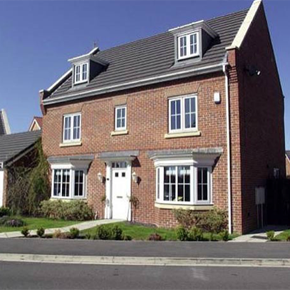 House prices: How much will the average home cost in the future?

While it is expected that the average property price will increase in relation to inflation and earnings over time, the recent growth in house prices has been pronounced by anyone’s standards.

Although it is accurate to summarise price point growth as a positive development, it can become counter-productive if it is not sustainable or disproportionate to other financial metrics.

The rising cost of homes

The average price of houses in England and Wales has now risen beyond the £290,000 figure according to the latest price index.

In 2015, the average cost of homes increased by 8% year-on-year, a trend which is expected to continue for the foreseeable future.

Despite this, earnings are not increasing at the same rate, with prices being inflated due to the lack of available housing and unhealthy bidding wars appearing for coveted properties.

Whilst this growth cannot be sustained indefinitely, one must ask when this current rate of growth will end?

Although the government has already sold off public land in an attempt to increase the construction of affordable housing (whilst also making the buy-to-let market less financially viable for investors), such initiatives often take years to have any significant effect on the market. During this time price points could continue to spiral out of control.

The future of housing

Recent research conducted by the Liberal Democrats has considered current price points and how these may change over the next 16 years.

Whilst any findings released by a political party must be treated as subjective, the report revealed that the average cost of real estate in the United Kingdom could rise from its current level of £290,000 to a staggering £1.017 million by the end of 2032.

The findings are based on trends recorded by the Office for National Statistics and have been built on house price inflation during the last three years, also factoring in future forecasts and economic trends.

The results are staggering, and raise the possibility of the next generation of home-owners automatically qualifying as millionaires.

Although critics will claim that the report does little but highlight the impact of inflation, the primary issue revolves around wage growth in the UK.

Property prices have risen at a far faster rate than earnings in the past 18 months, and it is the continuation of this trend that will cause the biggest issues. Without equilibrium between these two measures, the average buyer will be quickly forced out of the marketplace by the growing price of properties.

It is estimated that the average price of a UK property will reach £650,000 within the next 10 years, meaning the government have little time to act if they are to take control of the market and regulate its growth in the long term.