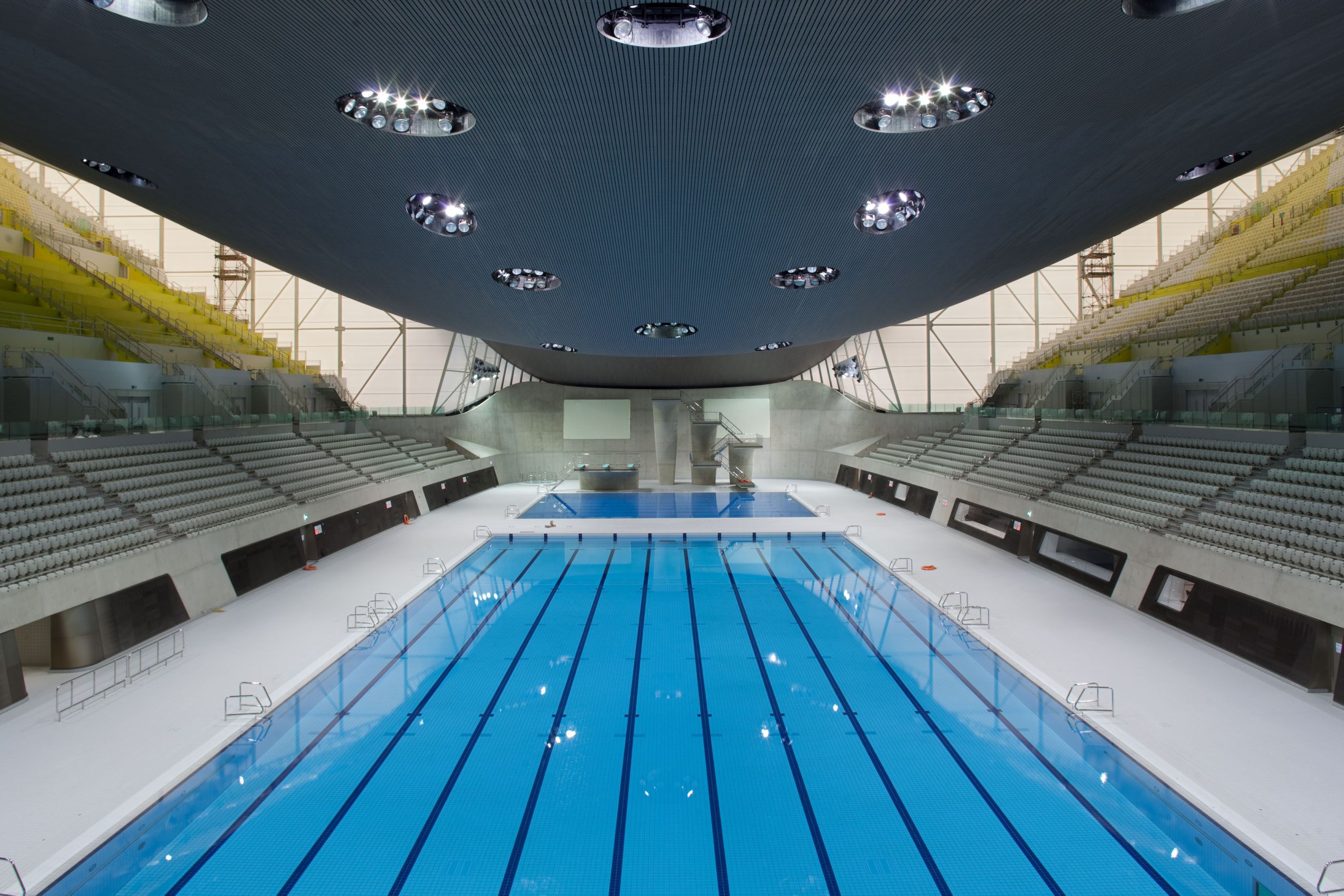 How Schock versatile solutions were an Olympic winner

Of the many amenities in The Olympic Village, by far the largest usage is for apartments, of which there are around 3000 units.  The Village consists of 11 blocks, each block comprising between six and eight individual buildings, which are eight to twelve storeys high. Despite the height and density of the scheme, it has a surprisingly open feel, aided by the glazed winter gardens and mostly generous sized balconies, which are very much in evidence throughout the entire development.

There was a huge demand here for the Schock Isokorb, with around 10,000 thermally broken structural connections to be considered.    For podium slabs and pre-cast balcony applications the Isokorb type K, for concrete-to-concrete connectivity was used.   The type KST, type QP and Schock SLD dowels combined to meet the requirement for securing the winter garden balconies.  Types KS14 and KS20 for steel-to-concrete, provided the solution for connecting the various concrete frames to steel balconies.

Some of the steel balconies had a cantilever length of approximately two metres and in most cases KS20 units offered the ideal solution.  However, in certain locations  concrete edge beams for example  the reinforcement bars had to be shaped to suit and for these applications special KS14 modules were utilised.

The unusual T-shaped winter gardens provided one of the greater challenges.  Remarkably, the winter garden concrete slabs are designed to span two building blocks  approximately seven metres  and it was essential to allow for movement of the slabs by combining the Isokorb type QP at one end and SLD dowels at the other.  Exceptionally strong steel-to-concrete thermal break connections were required and usually the Isokorb type KS would be the natural choice.  On this occasion however, the forces involved exceeded even the capabilities of the KS units and it was necessary to design a KST configuration, in combination with a specially developed steel bracket.

Back at ground and first floor levels a huge number of type K concrete-to-concrete thermal breaks were required for the large slab sections.   In some cases the extreme dimensions of the slab sections resulted in thermal movement beyond the Isokorb’s capability and SLD dowels were used in their place.

The Aquatics Centre also presented quite a challenge in its own right.   It is a huge venue, featuring two 50m swimming pools, a 25m diving pool and capacity for 17,500 people.  All protected by a steel roof weighing 3,200 tonnes.

Schock Isokorb for the Olympic Village

The requirement here was for thermal breaks that would also provide cantilever connectivity at various points around the perimeter of the building at roof level.  By minimising the risk of thermal bridging, condensation is prevented and there is no risk of damaging mould growth developing.  The chlorine content was high and this too had to be taken into account.

From the preliminary connection calculations it was evident that a variant of the Isokorb for steel-to-steel connections, the modular KST, was the right choice.  The load cases included both positive and negative moments and involved a supported steel structure. So the actual chosen configuration was to use two KST-QST22 units per connection.  The KST modules are able to withstand extremely demanding loads and their stainless steel components ensure corrosion protection and help minimise thermal conductivity

Steel of course has a relatively high thermal conductivity  and therefore poses particular challenges for reducing thermal bridging.   With such a high-profile project it was imperative that total product performance integrity was assured.    For endorsement, Schock turned to the Oxford Institute for Sustainable Development (OISD), at Oxford Brookes University.    The OISD was provided with exhaustive temperature and geometrical data, along with the thermal resistance requirements of the building envelope. Based on this, a thermal model was developed by Research Associate Christopher Kendrick and a surface temperature factor (fRsi) analysis carried out.  Working with temperature variations of minus 5 degrees C externally and 30 degrees C internally, the surface temperature factor compared the temperature drop across the building fabric with the total temperature drop between the inside and outside air.  The result was a highly effective 0.82 for the thermal bridge in this specific case.  As a comparison, for residential buildings the temperature factor requirement is equal to or greater than 0.75.

The chlorine content in the atmosphere was a further major consideration and to avoid any possibility of stress-corrosion affecting the KST units, special cap nuts had to be developed.   The sleeved nuts were hermetically sealed during installation and provide total protection.

Prior to the Olympic contracts being placed, the principal contractor, Lend Lease, needed to satisfy themselves that Schock had the capability and commitment to meet the huge demands set  by the stringent Olympic quality and delivery standards. After a rigorous inspection of the main production facility at Baden-Baden, in Southern Germany, they were left in no doubt that Schock’s manufacturing and support services were certainly capable and totally committed to the project.