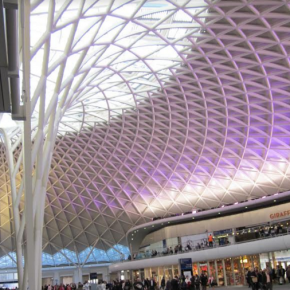 Thirty years on from the King’s Cross disaster, Wrightstyle’s managing director, Tim Kemppster, remembers the tragedy and the redevelopment of the station.

The King’s Cross fire that claimed the lives of 31 people lead to better fire safety regulation and helped companies like Wrightstyle gain a better understanding of an unknown dynamic in how a small fire can become a conflagration.

Started most probably by a discarded match, despite smoking having been banned in the Underground two years earlier, the source of the fire was a partially wooden escalator shaft. In addition, the running track of the escalator had not been cleaned since the 1940s and was covered in grease and filled with rubbish.

With a lack of visible flames, the firemen first on the scene believed that it posed little threat, however, the fire rapidly grew, appearing to flash over and fill the ticket hall with flames and smoke. It was later revealed that a combination of wind movements caused by underground trains arriving and leaving created a 12mph wind, pushing air from the tunnels upwards and adding to the speed of the fire spreading. 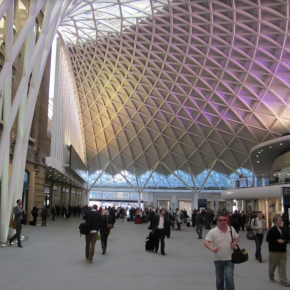 Brand new computer modelling and fire stimulation promoted a new theory of fire development within inclined shafts.The theory is called the trench effect, and involved hot gases in the buoyant plume to lie along the escalator surface, creating a rapid airflow that caused the gases to move up the escalator, increasing in proportion to the size of the fire, and eventually creating an effect much like a flamethrower, sending flames shooting upwards into the ticket hall.

The computer modelling of the “fluid flow” of the fire helped to substantially advance the science of fire dynamics, using computational stimulation to look at how fires behave, with an emphasis on smoke and heat movement from their source.

Consequently, all wooden escalators were replaced, automatic sprinklers were installed and heat detectors in escalators, and all station staff are now required to take part in fire safety training twice a year.

Computer modelling has helped inform fire training since and influenced how Wrightstyle mitigates against threats caused by fire.

In supplying glazed components to the frontage of the new King’s Cross, as well as a safe evacuation route from the main administrative areas, we have brought a wealth of experience and expertise from other UK transport infrastructure projects, as well as overseas contract in Hong Kong and Dubai. Our advice to specifiers, based on extensive fire and bomb testing, is simple: always specify the glass and steel components as one integrated and tested assembly.

King’s Cross has had to learn painful lessons from its past, to build a facility offering the safety possible transit for its millions of customers every year. The lessons learned have also been applied in cities across the world.